Levan Khetaguri is a Professor and the Director of the Arts Research Institute of Georgia and Director of Gurdjieff Tbilisi Institute, Ex-Chair of adviser’s board of Eastern European Partnership culture programme. He is member of different international institutions, advisers, and scientific boards. He is an international expert in Theatre Studies, Higher Arts Education, Cultural Policy, Cultural Research. He is a president of the Stichting Caucasus Foundation, in The Netherlands. He is a founding member of EC world traditional theatre forum and the Secretary General of ITI Georgian National Centre and Director of the European Theatre Research Institute in Georgia since 1997.

Since 2006, he is an International Consultant for Bologna Reforms and Quality Assurance in Higher Arts Education. From 2004 to 2010 he was vice Rector of Theatre and Film State University. From 2016 to 2017 he was a research expert for UNESCO CDIS research. He is the chair of academic council of the magazine Arts Theory and Practice Studies and representative of the European Festivals Association in South Caucasus- head of EFFE Hub. Since 2008 he is a member of European Cultural Parliament and strategic group of A Soul for Europe movement. Since 2008 Secretary General of Georgian Regional Theatre Network and since 2011 Secretary General of UNIMA Georgia. As practitioner since 1990 he runs several hundreds of local and international projects as initiator, manager, producer or participant. Author of various curriculums and educational frames for BA, MA and PhD levels. In 2000 was awarded by Swedish Writers Guild. 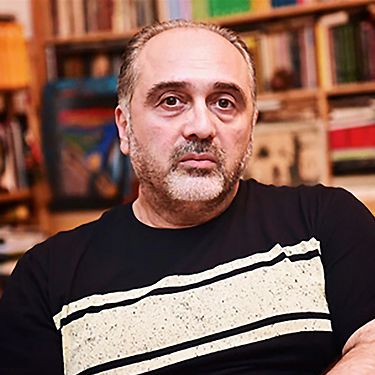