A festival plays different roles and is in its form very flexible and adaptable. Like an accordion, it moves with its time and reflects the ‘zeitgeist’. It should have impact on different levels: on a personal, individual level (for artists as well as a visitors/spectators), but also on society as a whole, by presenting and also revealing radically new forms, narratives and topics that are often not (yet) embraced by politics but very alive as an undercurrent in society.

Emily Ansenk (1970) is an art historian and is currently the director of the Kunsthal Rotterdam. She was previously the curator of the ING Collection (1995) and the founder and director of the private Frisia (later Scheringa) Museum in Spanbroek in the Dutch province of North Holland (1996-2008). As director and manager of the Kunsthal, Ansenk is responsible for its policy, strategy, finances, organisation and programming. Over the past years she has programmed and organized a large number of successful international exhibitions for the Kunsthal, such as Edward Hopper and His Time, Jean Paul Gaultier, Keith Haring and Peter Lindbergh.

In the last 10 years, she has initiated and programmed numerous projects that go beyond pure exhibitions, collaborating with other organisations such as the Rotterdam International Film Festival, Conny Jansen Danst, Instituto Buena Bista from Curaçao, the HipHopHuis and the Doelen Ensemble. She has also introduced new programme elements such as the Kunsthal Live Festival and various crossovers between art and music, poetry, design, fashion and lifestyle. Ansenk is a member of various art committees and juries, such as the Sacha Tanja Medal jury. She chairs the Henri Winkelman Award jury and is a member of the Advisory Council of Art Rotterdam.

She is also on the board of the Job Dura Fonds and of Rotterdam Economic Partners. In 2016 she participated in the Getty Leadership Programme at Claremont University in Los Angeles and participated in Tafel Next sessions for supervisors and commissioners at DeNieuweCommissaris. She is also a member of the supervisory committee of the National Maritime Museum in Amsterdam 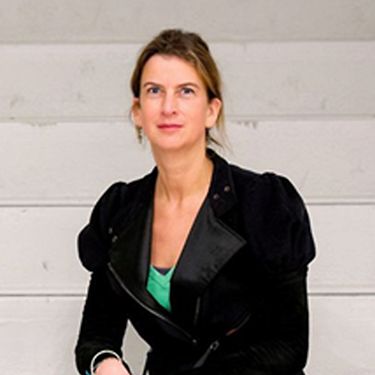