In a world marked by a constant rush for mere survival, in which competition and strict agenda are imperative, festivals and artists are invited to show something different that changes the ordinary and the expected. Festivals should provide a space for the artists to share their thoughts, ideas, art, energy, emotions and beauty through interactions with their audiences, the nature and the historical and cultural heritage. Festivals could become a new platform and vehicles for positive changes.

Jovanka Višekruna Janković, pianist, Founder and the Artistic Director of ArtLink festival and President of Serbian Festival Association, graduated from the University of Arts in Belgrade with a Master of Arts degree.  Simultaneously, she completed her postgraduate studies at the Franz Liszt Music Academy in Budapest and the Long Career development Program in the Banff Centre for the Arts in Canada and completed numerous master classes and workshops with distinguished artists and mentors.

Ms. Višekruna Janković performed at numerous recitals and multidisciplinary projects in her home country and abroad, including solo recitals in France, Italy, Hungary, Montenegro, Greece, Bulgaria, Macedonia, Canada, Bosnia and Hercegovina, festivals and solo performances with the Radio Symphony Orchestra of Serbia, Chamber ensembles Camerata Janacek, Orchestra of Music centre of Des Invalides in Paris, St Georgios Strings and others, with artists such as Igor Lazko, Alban Gerhardt, Jan Vogler, Mohamed Shams and many others.

After being engaged as an assistant to professor of piano at the Faculty of Music in Belgrade, for a number of years, and as the Vice President of the Young EPTA (European Piano Teachers Association) of Serbia, in 2004, Jovanka Višekruna Janković founded the association of artists ArtLink. As the Artistic and Managing Director of ArtLink, she is the author of different cultural projects such as the Nordic – Balkan Youth Chamber Orchestra, Balkan Visegrad Cultural Bridge Camerata Balcanica etc. Ms. Višekruna Janković was, also, the first initiator of the Philanthropy program in Serbia organizing first Round Table on Art and Business. Dedicating a considerable amount of her time and energy to promoting young talents from Serbia, Ms Višekruna Janković established the annual “ArtLink Most Promising Young Artist Award” for the best musicians from Serbia, in 2005. Also Ms. Višekruna Janković was the first on the cultural scene of Serbia to initiate and organize unique educational and career development program for young musicians. the Young Talents’ Music Cycle for young musicians.

In 2013, Jovanka Višekruna Janković established the international ArtLink Festival in Belgrade, a dynamic forum bringing together artists from different regions, with a special emphasis on the promotion of the artists and cultural heritage from the Balkan region. ArtLink festival has become official partner of Belgrade Fortress on the promotion of Belgrade Fortress as the most important cultural heritage site of the city of Belgrade and the Western Balkan region.

She is the founder of music ensembles - ArtLink Balkan Young Virtuosi chamber orchestra, and Camerata Balcanica - Regional Chamber Music Orchestra, composed of the best musicians from the Western Balkans region, that performs successfully throughout Balkans.

For her achievements in the regional cooperation in the Western Balkans, she has been recognized by Western Balkan Fund as a Champion of Regional Cooperation.

Ms. Višekruna Janković was elected to be the member of the EFA Board and ArtLink was appointed the EFFE Hub for the Western Balkans.

For her outstanding work and dedication to promoting cultural cooperation, Ms Višekruna Janković was awarded the Knighthood in the Order of Arts and Letters of the French Republic in 2017 (Chevalier de l’Ordre des Arts et des Lettres). 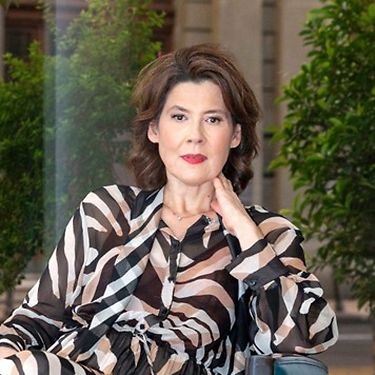