Festivals are like strong time capsules that celebrate diversity, creativity and togetherness among generations, places and different personalities, which leaves an impact in many contexts: we fight for equity, we stand against prejudices, we communicate with all social classes and we encourage politics to take art as an important factor within systems.

Margareta is a Composer and artistic director of Music Biennale Zagreb . She was born in 1982 in Zagreb, Croatia. She studied composition with Ivan Eröd, Chaya Czernowin and Klaus Peter Sattler at The University of Music and performing Arts in Vienna.

She was granted scholarships from various institutions and foundations (Home Suisse Foundation, Thyll-Dürr Foundation, Czibulka Foundation, Austrian Ministry of Culture, Office of the Austrian federal Chancellor - State Scholarship for Composers, etc.). In 2010, she was invited for a working stay in Casa Zia Lina on Elba by the Thyll-Dürr Foundation and in 2011 she received a "Theodor Körner award" for an orchestral composition "Take 7". Since 2015 she is working as a part of the managing committee of the Austrian Society for Contemporary Music (ÖGZM). In 2016 Croatia was represented by Margareta's music on "63rd International Rostrum Of Composers". In 2017 the city of Vienna honored Ferek-Petric with "Förderungspreis des Stadt Wien“ for music. In 2018 Ferek-Petric was an Artist in Residence of the Carinthian Summer Music Festival, she was awarded with Croatian prizes "Josip Stolcer Slavenski Award" (best composition in Croatia in 2017 – „All the world´s  a stage") and "Boris Papandopulo Award" (Croatian composers society award for "All the world´s a stage"). In the Netherlands she participated in composition competition "Prix Annelie de Man" and won the "2nd Prize" and the "Audience Prize" (both for the harpsichord piece "Ištaratu"). In the USA her piece "Beastie Poetry" reached the finals of the composition competition held by Flute New Music Consortium. Few of her latest works have been recorded on albums published by Decca Records and Croatia Records.

Margareta´s music is being regularly commissioned and performed by renowned ensembles, instrumentalists and festivals, as well as played in radio stations around the world. Margareta´s work is  "colorful, ironic and deep – with a strive to create absurd sound images". She lives and works in Vienna, Austria. 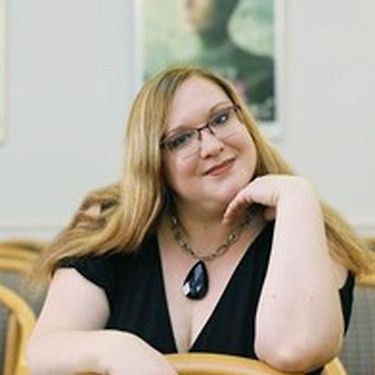