Because of their communal nature, festivals have always been a most effective platform for reflection, debate, and action. This is what they did in the ancient world and continued doing two millennia later when festivals in some of the major cities in the world reflected, debated, and acted upon ramifications of two World wars in less than fifty years. In the wake of recent Global developments, in an even more advanced world than the one we inherited, all we need to do is look around us to see if the challenges we face today are any different from those encountered by communities before us. In a world where ‘hard’ power still informs political agendas and where we are constantly bombarded (pun, of course, intended) with bullying and coercive tactics, the soft power of festival could fulfil a valuable social scope. This can be effectively achieved if they provide a much needed alternative to the politics of division. Festivals can do this if they promote what they do best – a political ideal based on the poetics of involvement, engagement, and inclusion.

Mario Frendo is a Senior Lecturer of Theatre and Performance, Department of Theatre Studies, School of Performing Arts, University of Malta and a Director of ARC Research & Consultancy. His main area of research in theatre and performance is interdisciplinarity. More specifically I am interested in contemporary opera making, music-theatre theories and practices, relationships between performance and philosophy particularly Nietzsche’s performative perspectives, and the impacts of musical and oral traditions on the development of ancient Greek tragedy. I obtained my PhD in 2013 from the Centre for Research in Opera and Music Theatre at the University of Sussex (UK) under the guidance of Nicholas Till. My doctoral research project investigated the development of alternative dramaturgies generated via musical strategies. I am currently Head of the Department of Theatre Studies where I deliver lectures related to theatre histories, interdisciplinary practices, musicality in performance, and conduct practical modules on performance making.

Following a twelve-year experience as professional musician (violin and viola) with the Malta Philharmonic Orchestra, in 2006 I graduated with an MA in music composition from the University of Malta where I worked under the guidance of composer Charles Camilleri. Also in 2006, under the remit of Arts Council Malta, I co-founded the Malta International Arts Festival and remained its artistic director for eight years until 2013. I consider my active involvement in the cultural sector as an important aspect of my research in performance. I am currently consultant to the Malta Philharmonic Orchestra on artistic matters and programme development, and director of ARC Research and Consultancy – a platform providing research and consultancy services on EU Funding and programming of collaborative cultural projects. Through ARC, I am directly involved with The European Festivals Association (EFA) and the project Europe for Festivals, Festivals for Europe (EFFE), of which ARC is the Malta Hub. Also through ARC, I am a member of the Medinea Network – a network of artists, cultural professionals, and academics from the Mediterranean operating within the framework of the Festival d’Aix-en-Provence (France). 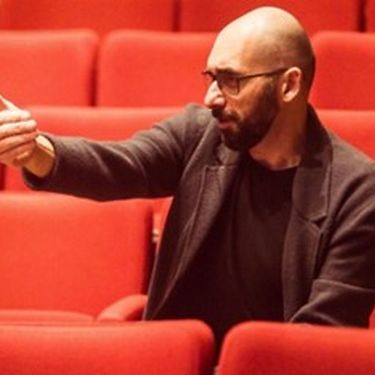