After years of disarmament and attempts to draw closer through trade and soft power diplomacy, massive funds are now being released for weapons and military investment. Putin's war against Ukraine is forcing the Western world to rely more on hard power again. At the same time, soft power budgets, which unfortunately were already under severe pressure before the war, are being cut in many places. This war isn't just about Putin's megalomania, but also about values, ... and our freedom, as Ukrainian President Zelensky says. But with bombs and tanks alone we'll not be able to save them. They're the henchmen of destruction.

A society that focuses only on armament loses itself. It scares people and sucks up a lot of creative energy. That's why we need to invest in connection, healing and beauty at the same time. This is what art can bring us: an antidote to violence, fear and crumbling certainties. That's why Ukrainian artists take to the streets, to the subways, to places where people hide, with their pianos, cellos, ... or simply with their voices, and make music to bring beauty and hope in the midst of destruction.

I was amazed at how easily and quickly the banishment of independent Russian artists from our Western stages happened. Although everyone agreed that it was Putin's war and not the Russians', Russian independent artists and intellectuals were too easily and randomly canceled. At the same time, we continue to buy Russian gas and diamonds. We also experienced such inconsistency during the Corona pandemic. In many countries, one of the first decisions was to close theaters, music temples, and movie theaters. Meanwhile, trains remained crowded, including in my country. At a certain point, people were drinking beer in bars, going to restaurants, while the doors of our theaters were closed.

The Western world mustn't be blind to its own shortcomings. We've heated debates about "woke." A group of courageous people are making a case that we should also face the dark shadows of our past, and that's a good thing. That's what democracy is about: allowing opinions to clash in public debate. Debate is constantly evolving. We need more spaces, agora's, festivals that are more nuanced and less aggressive than the battleground that Twitter has become. We need more forums where real debates, real dialogues, real exchanges can take place. In a society that's constantly changing, that's the only way to move forward.

We've Putin's invasion of Ukraine. There's the climate crisis, which on the one hand is burning down large parts of our countries and on the other is flooding entire villages and cities. We have the corona crisis, which is reducing the habitat of endangered animals. In Belgium we live with more than 170 nationalities on a small piece of land. There are many misunderstandings and unfortunately a lot of discrimination. Many challenges are knocking on our doors and we'll not be able to solve them with recipes from the past. The Stone Age ended not because there were no more stones, but because there were better answers.

"By revealing the truth hidden in the heart, art can proclaim powerful messages," says artist Ai Weiwei in his inspiring book "1000 Years of Joy and Sorrow." Ai Weiwei lays out the ultimate role of art for a society in transition. What we need today is insight and connection, inspiration and courage to think beyond the known, to accept our weaknesses and use them as a springboard to a common goal: to leave those who come after us a planet as beautiful as the one we inherited.

Through the festivals that the European Festival Association supports, we work to find new answers. We do this by bringing people together, creating new connections, stimulating exchange and opening space for vulnerability and doubt, breaking down the boundaries of our society and raising hope that there's more than what we know and see today. A new world is possible and it is important building blocks to create it.

Paul Dujardin is a leading figure in Europe’s civil society. He has been CEO of the Centre for Fine Arts Brussels (BOZAR) from January 2002 to January 2021. Under his leadership, the house for culture has turned into a respected and internationally recognized multidisciplinary European hub driven by the New European Bauhaus ideals. Since 2016 Paul was co-author and advisor for the EU for the development of public (cultural) diplomacy strategy. Attracting over 1,3 million visitors each year, BOZAR plays a crucial role as a meeting place in the heart of the European Union, while acting as a pivotal defender of the European project both in the EU as in its external policies. Over the last years, Paul has widened BOZAR’s scope of expertise, activities and outreach through the establishment of a thorough intersectoral approach incorporating the arts, science and technology. The SDG’s became central in the further development of BOZAR, a house for social cohesion. Each department has developed its own strategy around these guidelines and maximized his social impact. Under his leadership, BOZAR has developed numerous exhibitions, festivals, concerts, cinema events and debates with various hybrid formats and became a contemporary thinktank. He has held various advisory positions at the highest level, including acting as the main advisor to the EU for the ‘New Narrative for Europe’ project (2013-2016) and his Ambassadors’ committee. Providing longstanding expertise at the crossing of policymaking, societal stakes and the arts, this was done in close collaboration with top scientists, artists and politicians and with the civil society. In addition to BOZAR, Paul was founder and CEO of Ars Musica, General Manager of the Brussels Philharmonic Society, Co Administrator at the Belgian National Orchestra, President of the International Music Council (2013-2017), President of Europa Nostra Belgium (since 2018), and others. He holds a Degree in Art History and Archaeology (VUB, 1986) and Management (VLEKHO, 1987) 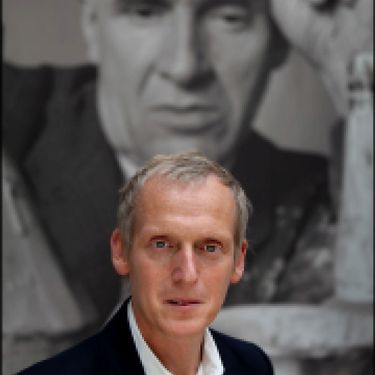