Head of Administrative and EU Fundraising Office of Ravenna Festival

Franco Belletti was born on June 27th, 1964, in Cervia (Italy) where he still lives. Since the ‘90s he has been working as a fund raiser, manager, producer, and trainer in the field of the performing arts. He  has designed and realized projects co-funded by EU since 1992 and he was included in the “List of Experts” of EACEA for the Culture Programme (2011-2013). He was one of the founders and president (1998-2009) of “Arrivano dal Mare! International Puppetry Festival”. He is Head of Administrative and Fund Raising Office of Ravenna Festival and Teatro Alighieri. He is Vice-president of ItaliaFestival and member of the board of ATIT Italian Association of Teatri di Tradizione. He also works as a consultant of Fondazione Orchestra Giovanile “Luigi Cherubini”. He is President of Digitalia, a consortium aimed at digitalizing and broadcasting performing arts shows. 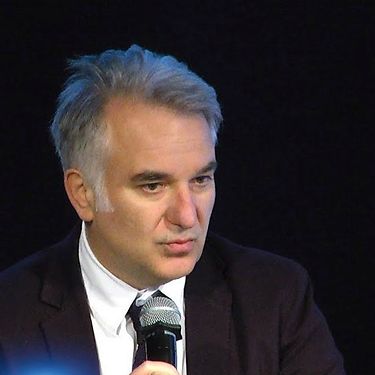