Paul Dujardin is the CEO and artistic director of the Centre for Fine Arts (BOZAR) in Brussels since 2002. Under his direction the Centre has turned into an internationally recognised, multidisciplinary and interdisciplinary arts centre, offering a wide range of events, from concerts, to exhibitions, cinema, literature, theatre, dance performances or debates and workshops.

As a passionate advocate of the European project, Paul Dujardin enabled BOZAR to become an essential and indispensable actor both in the European cultural cooperation and in the defence of cultural values in the European project. Paul Dujardin represents the Centre for Fine Arts of Brussels in various platforms, such as the European Concert Hall Organisation (ECHO), the International Society of Performing Arts (ISPA), the Réseau Européen de Musique Ancienne (R.E.M.A.) and ASEMUS – Asia-Europe Museum Network (since September 2010). He is also a Board member of the International Music Council (IMC) and a Vice-president of the European Festivals Association (EFA). In 2018 he was appointed a President of Europa Nostra Belgium. In 2016 he received the Lobby Award 2016 “Brussels Leader of the Year” for his work in re-energising Brussels. In 2020 Paul was awarded with an Austrian Cross of Honour for Science and Art 1st Class.

"Festivals have always been an important part of my life. Already since my childhood I couldn’t imagine a summer without Festival d’Avignon and later many others during the whole year. One particular event that will always come into my mind if you ask me about the role of festivals in my life, is the 17th edition of the World Orchestra of Youth and Music. I will never forget the feeling I experienced during that event in Berlin in 1987. Back then in my early twenties, I was working in the production of that festival of performances held in West and East Berlin. Despite the political situation at that time, we could already feel the historical turning-point, the moment of connection this event created among the artists, the participants, the audience…. Now, just 30 years after the Fall of the Berlin Wall, festivals seem to me more relevant than ever. They enable us discovering the unknown, they help us fighting our own ignorance, they open our minds. Festivals create a space for a shared experience, togetherness and have the magic power of uniting people across the world." 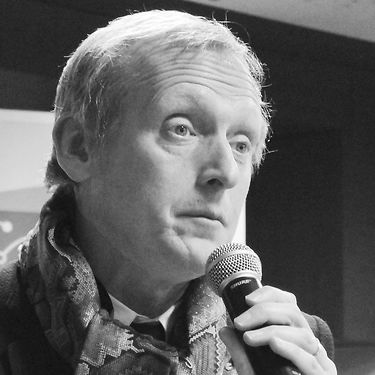