Haris Pašović, a multiple-awarded director, made his name in the late 80s with his landmark theatrical production in Belgrade of Wedekind’s “Spring’s Awakening”. When Sarajevo fell under the Siege, Pašović returned to the city. During this dramatic period, he directed plays and also created the first Sarajevo Film Festival themed as “Beyond the End of the World”.  Pašović also produced now legendary “Waiting for Godot”, directed by Susan Sontag. His shows played at the Edinburgh International Festival; Festival d’Avignon; UK City of Culture; Singapore Arts Festival; National Arts Festival of South Africa and many others. His feature documentary “Greta” about Greta Ferušić, a survivor of the Auschwitz death camp and the Siege of Sarajevo, was shown at the New York Jewish Film Festival at the Lincoln Centre and other festivals around the world. Pašović is a director of the East West Centre Sarajevo and teaches at several universities. Among other plays he directed “Hamlet”; “Faust”; “Class Enemy”; “Nora”; “Europe Today”; “Conquest of Happiness” and most recently his own plays “What Would You Give Your Life For?” and “Uncovering a Woman.” 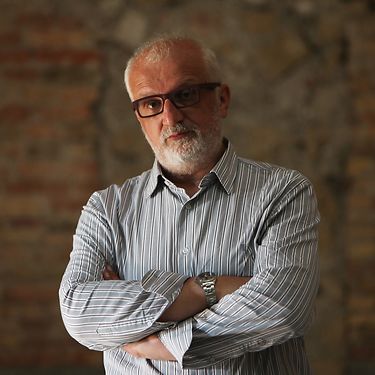