Edit Pula (J) is an artist / curator, music producer, artistic director and producer of the Cloud Festival and also cultural adviser of the Mayor of Tirana. Her artistic and curatorial work is very much focused on Albanian heritage, using it as a material for threading a contemporary expression.

Born in 1974 in Tirana, Albania, Edit Pula(j) begin her studies at the Academy of Fine Arts in Tirana under the supervision of Edi Rama  who also curated  her ﬁrst solo exhibition as a 2nd year student in 1994 . In 1996 after graduating she won” Pépinières européennes pour jeunes artistes,” six month residency in Norwich, UK, and In 1997 she won a bursary and continued her postgraduate studies at the Byam Shaw School – now Central Saint Martin’s College of Arts and Design, London, and continued to live and work in London until 2009. Upon returning to Tirana, she started to rediscover Albanian traits and tradition and took that as a base for her artistic focus.

While painting remains constant practice and a private passion, her latest projects have been site-specific installation and participatory art projects, aiming to bridge a dialog with the past, and sustain the collective memory. Her latest exhibited work TOUCHE (Pas) 2016 -site specific installation, was commissioned by MUCEM (Museum of European and Mediterranean Civilizations) in Marseille for the Albanie 1207 KM East exhibition where she selected from 800 ethnographic objects found in MuCem’s collection and  mix and matched with Albanian objects bought or brought especially from Albania market. http://www.marseilleexpos.com/blog/2016/07/08/albanie-1207-km-est/

Apart of practicing her visual arts career, she also became the pioneer in promoting and recording traditional Albanian music. In 2011, she invited BBC Radio 3 to come to Albania and together recorded and co-produced 3 radio music documentary “World Routes Albania “(links to listen below), in 2016 she co-produced the music for the Albanian Pavilion” I left you the mountain “in Venice Architecture Biennale ( links below) and in 2017 together with Joe Boyd and Andrea Goertler created the Albanian music group called Saz’iso which is now touring Europe and produced  their  highly internationally acclaimed  album “ At least wave your handkerchief at me”  http://glitterbeat.com/artists/saziso/  https://www.discogs.com/Albanian-Pavilion-I-Have-Left-You-The-Mountain/release/8539743

Since 2015 she works as the Cultural Adviser of the Mayor of Tirana and leads the CLOUD project – The Cloud (Reja in Albanian) is 2013 Serpentine Pavilion designed by Sou Fujimoto.

Supported by Luma Foundation this architectural masterpiece installed in the gardens of the National Gallery in Tirana and since than runs as an alternative cultural venue with almost. 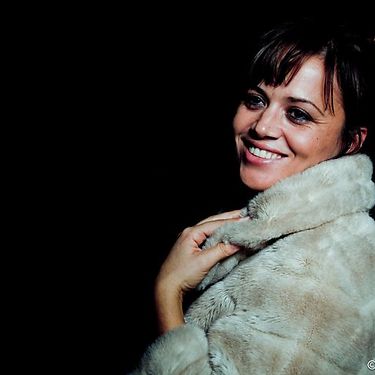