Paul Dujardin is the CEO and artistic director of the Centre for Fine Arts (BOZAR) in Brussels since 2002. Under his direction the Centre has turned into an internationally recognised, multidisciplinary and interdisciplinary arts centre, offering a wide range of events, from concerts, to exhibitions, cinema, literature, theatre, dance performances or debates and workshops. BOZAR has become a true agora, a platform facilitating exchanges and debates between citizens, artists, political decision-makers, and personalities from other sectors. As a passionate advocate of the European project, Paul Dujardin enabled BOZAR to become an essential and indispensable actor both in the European cultural cooperation and in the defence of cultural values in the European project. Paul Dujardin is ambassador of the project "New Narrative for Europe", a pilot initiative of the European Parliament implemented with the European Commission to develop a new vision for Europe through the prisms of art and science. Paul Dujardin represents the Centre for Fine Arts of Brussels in various platforms, such as the European Concert Hall Organisation (ECHO), the International Society of Performing Arts (ISPA), the Réseau Européen de Musique Ancienne (R.E.M.A.) and ASEMUS – Asia-Europe Museum Network (since September 2010). He is also a Board member of the International Music Council (IMC) and a Vice-president  of the European Festivals Association (EFA). In 2018 he was appointed a President of Europa Nostra Belgium. From 1992 to 2002 Paul was the CEO of the Société Philharmonique de Bruxelles, prior to which he was, among others, in charge of the annual festival “Ars Musica” dedicated to contemporary music.  He studied arts history and archaeology at the Vrije Universiteit Brussels (VUB) and detains a Master’s Degree in Management Sciences from the Vlaamse Economische Hogeschool (VLEKHO). In 2016 he received the Lobby Award 2016 “Brussels Leader of the Year” for his work in reenergising Brussels. Foto credits: Filip Naudts 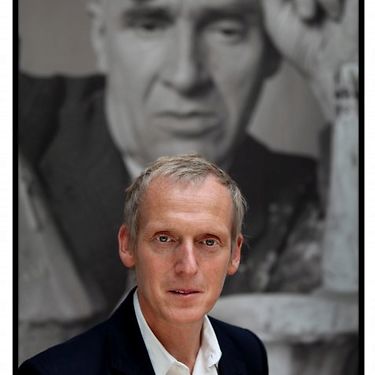