Simon Mundy, in interview with Bernard Foccroulle, Director of the Festival d’Aix-en-Provence, looks at the festival’s history and current success

“You know, there are elements of continuity. Aix is still an international opera festival in ambition, and it attracts an artistically informed audience. It seeks to renew the repertoire, to get out of artistic cliché, to use young casts, very creative directors and visual artists.” So says, Bernard Foccroulle of the festival he has led for the last eleven years.

While the aims and the archbishop's palace in Aix-en-Provence maybe the same, however, almost everything else about the festival has changed out of all recognition since a small platform, an improvised backdrop and a few chairs were set up in the palace courtyard in the summer of 1948. Then it was the persistent brainchild of two enthusiast amateurs, Gabriel Dussurget (who had the ideas) and Countess Lily Pastré (who had the money). 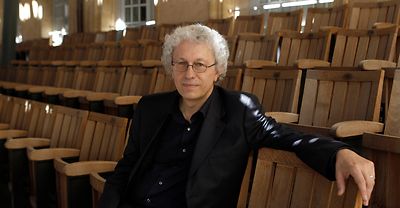 They started with Mozart's Cosi fan Tutte – hardly revolutionary, one would think now, but at that time it had not been seen in France since 1826. Seventy years later the Festival d’Aix has grown into one of the most inventive and forward-thinking cultural institutions in France and one of Europe's bedrock organisations. Perhaps, like many of EFA's festivals, it offers two important lessons; that great ideas start with a determined individual – and do not happen without a steady supply of money, whether that comes from private or public sources.

Dussurget saw the festival through until 1972 when Bernard Lefort took over, shifting the focus to bel canto opera, a tradition just as out of fashion in the '70s as Mozart had been in the '40s. Ten years later Louis Erlo recognised the increasing importance of the early music movement by introducing operas from before Mozart's time. Money was a problem by 1998, when Stéphane Lissner succeeded to the role. It was he who diversified the venues, opened the festival's own scenery and costume workshop, started the Academy and paved the way for Bernard by bringing in more contemporary composers and choreographers.

2018 is the last of the festivals to be programmed by Bernard Foccroulle, himself a composer and organist, and so this discussion with him inevitably has a valedictory feel to it. “I tried to put the focus on creative commissioning,” he says, “inviting artists to look again at operas they thought we knew, like Mozart's, and to bring opera alive – to make sense of the world through it.”

Under Foccroulle, Aix has maintained a rhythm of five or six productions a year, “always with Mozart, one baroque opera and at least one new commission. Then there is one repertoire work and one less well-known piece by a composer who is – so this year we have Richard Strauss' Ariadne auf Naxos and Prokofiev's The Fiery Angel.” Ariadne is in a way a perfect send off: an opera about the complications and conflicts of staging an opera and hiding the chaos from the audience once the curtain goes up. 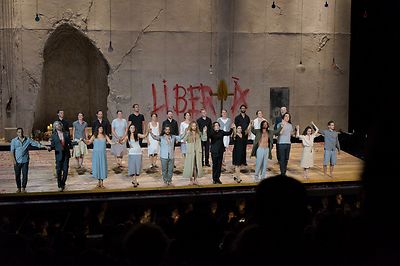 The intellectual threads continue to be spun, with Ariadne complemented by Purcell's Dido and Æneas, explored like Ariadne through a Prologue. Usually Dido is treated just as a one act piece and paired with another but in this production the director, Vincent Huguet, has asked the writer Maylis de Kerangal to write about the earlier nomadic part of Dido's life before she arrived in Carthage, using song traditions from Mali.

“My personal conviction,” says Bernard, “is that it is our duty to reinforce the current international and cross-cultural elements as well as our links around and across the Mediterranean. Few of these cross-cultural pieces were there when I arrived – it's so important to build these bridges, the Mediterranean is so important, especially to Provence, and the opera world has placed itself too far from it. For sixty years we have been looking north, whether in Europe or America. Now we need to turn around and look south.” 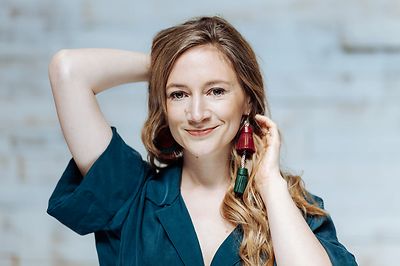 He also feels that presenting at Aix is not enough and so the festival has become a lynch-pin in the process of co-commissioning. A production that exemplifies all these threads is Orfeo & Majnun, a music theatre work devised by Airan Berg bringing together the Greek myth of Orfeo and Eurydice with the Arab story of Qays and Layla. While Aix will stage its French premiere, it is also being seen in Brussels, Valletta, Vienna, Krakov, Rotterdam and Santa Maria da Feira in Portugal. Just as importantly, it is for a combination of professional, youth and amateur forces, including the intercultural ensemble of the Mediterranean Youth Orchestra. 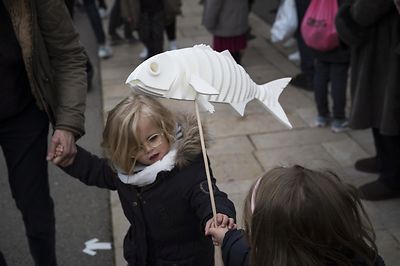 Bernard has written, “Orfeo & Majnun is undoubtedly the culmination of our work, bringing together the different strands that have been our focus over the years: creation, participation, intercultural dialogue, European co-operation, etc. This ambitious project, combining an urban parade with outdoor opera, will harness the energy of hundreds and thousands of people – amateurs and professionals alike.”

On his own time as the Director at Aix he says, “I found the freedom to reaffirm the festival ideals there.” He developed aspects, such as the Academy which brings through young artists, the relationship with the community through participatory projects and the Mediterranean axis, but he still says that if he was starting now he would put a different mix together with a greater emphasis on music theatre, words and dance. “But,” he adds, “I've learned a lot and it has been profoundly inspiring.” That inspiration will now go back into his work as a musician: playing the organ (“that never stopped”) and composing. He was writing a cello concerto and a song cycle when we spoke.

The baton of leading the festival passes to Pierre Audi, coming back to France after almost thirty years leading Netherlands Opera, and another decade before that as the founder of London's experimental theatre space, The Almeida. Given the long lead times in opera, Pierre has actually been shadowing Bernard and working on the 2019 festival for nearly two years already and has been a regular partner in coproductions from Amsterdam. There is a strong sense that the path of the Festival d’Aix will be as straight as some of district's Roman roads. 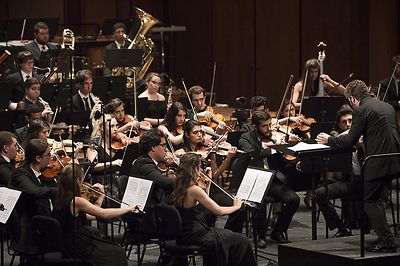 Further Information on the Festival d’Aix-en-Provence

Every year since 1948 the Festival d’Aix-en-Provence creates new lyrical, operatic and musical productions presented in Aix in July, which are revived on tour in Europe. It also aims at providing a genuine training framework for young artists and helps them enter the professional world with its Académie The festival pursues a cultural and artistic education policy in order to enlarge its audience, and in 2014 it attracted 87,500 spectators, many of whom were young people.