Simon Mundy, in interview with Ondřej Sikora, Head of Production of the Leoš Janáček International Music Festival, looks at the festival’s history and current success

The Janáček Festival (which is what I am going to call it: the alternative is either very long or an acronym not much better – LJIMF) is both very new and very old. 2018 sees a bunch of anniversaries and also signals a new start. The first anniversary is a national one – the centenary of the emergence from the Austro-Hungarian Empire of Moravia, Bohemia and Slovakia to form Czechoslovakia. The second is melancholy – ninety years since the death of Janáček, the new country's best known composer after Dvorak and Smetana. The third is festive – seventy years since the Janáček Music Lachia Festival was started in the composer's home district, centred on the village of Hukvaldy where he was born. In the nation, only Bohemia's Prague Spring Festival is older.

Finally there is the new departure: the merger with that rural festival in Lachia with the Janáček May Festival, a short drive away in Ostrava, the main city of the region close to the Polish border, which, not much younger, had been running in one form or another since 1950. The merger made sense in organisational terms but became all the more obvious when Jaromír Javůrek became Director of both.

Hukvaldy is truly rural, in gorgeous and unspoilt hills dominated by the ruins of its enormous fifteenth century castle. It's immediately obvious where the inspiration for some of Janáček 's operas and instrumental works, like On An Overgrown Path and In The Mists, came from. In some, like the Dances of Lachia (1924) and the late piano piece In The Old Castle At Hukvaldy, the identification is explicit.

Ostrava could hardly be more different; what in the US would be called a rust-belt steel town trying to reinvent itself after the heavy industry has gone. It has had the great good sense to see the arts as important agents in the process, constructing new performance and exhibition spaces in the remnants of the old industrial works. In a way it is a twenty-first century response to the ruins of the industrial age no different from the twentieth century's response to the remains of the mediaeval. 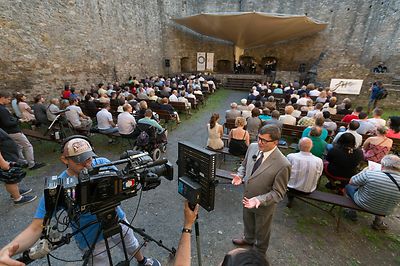 “Our position in Ostrava has been good,” says Ondřej Sikora, the festival's Head of Production, “and we were looking to expand and be more innovative. In contrast, over the last few years the festival at Hukvaldy was struggling to find money and professional structure. But we did not want to steal other festivals. This is a true merger.”

The festivals anyway followed on from each in start and finish dates. Now the combined season will run from late May till early July, always opening with a performance of Janáček 's Sinfonietta (with its magnificent opening fanfare), this year given by the Czech Philharmonic conducted by Petr Altrichter , and finishing close to July 3rd, the composer's birthday. This year the main opera production in the open-air amphitheatre set in Hukvaldy's Deer Park will be The Cunning Little Vixen, the heroine of which is commemorated by a statue, the gallant fox standing on a boulder nearby.

The very different contexts of the new festival's locations allows for a contrast in the programming too. Quite apart from the music, the fact that the countryside concerts mostly happen outdoors, not in more formal venues (unless the rain comes down) gives them a more relaxed feeling. The city-based events, on the other hand, allow for a wider and more experimental range of music. 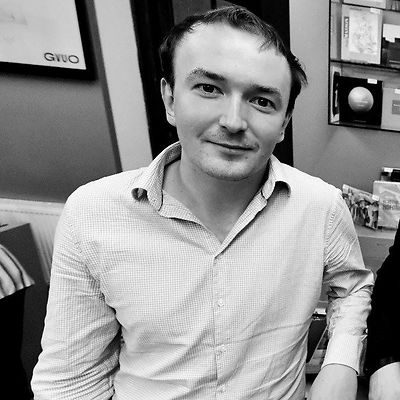 While the festival bears Janáček 's name, not all or even a majority of the music played is by him. “You will find it in about a third of the programmes,” says Ondřej, “and it is important for us that his music is not just interpreted by Czech artists.” This year the great composer Krzysztof Penderecki (born only five years after Janáček 's death) will conduct the suite from Vixen, as well as his own Concerto Doppio for Violin, Viola and the Orchestra, and the National Orchestra of Lithuania will play the suite from Jenufa.

While the festival is very conscious of the anniversary of the formation of the Czechoslovakian state, now split in two, there is an awareness that there is a difference between the national consciousness then and today. “Janáček was taking his inspiration from his region,” says Ondřej, “for the last ten years of his life composing in the fresh air of the newly free country – it's obvious from his music. I hope in ten years time we will be listening to it in a similar atmosphere.” The implication is that the nationalistic mood now sweeping through Central Europe is not the same as the optimistic patriotism of those early years.

The Janáček Festival clearly sees itself as a force for good in the wider region's continuing artistic progress, however. It demonstrates this through a strong connection with the Ostrava Conservatory (it could hardly be otherwise since the conservatory's Director is the festival Director's wife). Of lasting importance is the help it gives young composers. The festival runs an annual competition for composers under thirty from four Central European countries (Poland, Czech Republic, Slovakia and Hungary). The prize gives the winners two chances to appear in the limelight; once when the award is given and the following year when the winning pieces are performed at the festival.

There is also the intention to hold a second showcase for young Czech musicians as part of the festival in future. The first was held as part of the European Festival Association's general assembly in Ostrava in 2015. It drew attention to some extraordinary talent – it was there that I first heard the exceptional violinist Julie Svecena.

Anniversaries are often a good excuse to refresh reputations and start out in new directions. The newly constituted Janáček Festival seeks to do both and has the enviable combination of stable finances, interesting venues and strong artistic traditions to look to the future with confidence. 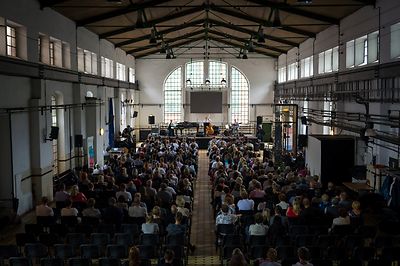 The Festival builds on the long tradition of the Janáček-themed festivals in Ostrava and the Moravian-Silesian Region.

In 1948, the 1st annual edition of the Janáček Musical Lachia Festival took place and this became the second oldest music festival after Prague Spring in the then Czechoslovakia. In 1950, the tradition of a music festival in Ostrava was started. The name of this festival changed several times and Ostrava Music Spring and Ostrava May became Janáček’s May in 1976, to which the epithet International Music Festival was added in 1990. In Hukvaldy, the Janáček Musical Lachia Festival was replaced by a new festival called Janáček’s Hukvaldy in 1993. In spite of differences between the aforementioned festivals, their objective was the same: to promote primarily the work and ideas of Leoš Janáček and the values of classical music in general, with an emphasis on Czech music. Based on the results and success achieved and experience gained in the aforementioned festivals, among which particularly the Janáček’s Hukvaldy International Music Festival and the Janáček’s May International Music Festival were the most significant ones in the context of the festivals organised in the Czech Republic, the single following festival has now been founded by merging the festivals on the occasion of the 90th anniversary of Leoš Janáček’s death:

Therefore, it is a new quality and not a new festival. The aim is to capitalise on all the accomplishments and not to create something completely new. The festival designed in this way will become one of the most distinctive European festivals, bearing Janáček’s name and spreading the musical and intellectual legacy of this brilliant native of Hukvaldy. The joint intention of the Moravian-Silesian Region, the Statutory City of Ostrava and the municipality of Hukvaldy was confirmed by the signing of a memorandum in support of the Leoš Janáček International Music Festival.