Simon Mundy, in interview with Csaba Kaél, chairman of the Board of Budapest Spring Festival and CAFe Budapest, Hungary, looks at their history and current success

When the Budapest Spring Festival started in 1981 (perhaps mirroring the other great music festival of Communist Europe, the Prague Spring) relationships across the Iron Curtain were at one of their lowest points. Russia's leaders were geriatric and had invaded Afghanistan – not the first or last to make that mistake – the US had dumped the amiable Jimmy Carter in favour of the equally amiable but more belligerent Ronald Reagan, egged on by the fierce Mrs. Thatcher in Britain, and everybody was facing economic recession. The parallels 36 years on are uncomfortable.

In all of this Hungary felt it had an important role to play, as one of the few States on the Eastern side of the Soviet divide with a marginally more outward looking regime, even if domestic policy was still harsh. “Hungary wanted to open up from 1968 onwards, certainly in the case of our artistic life,” says Csaba Kael, the long-term Chairman and artistic director of the festival, “but there were obstacles. It wasn't politically possible to invite artists who had fled Hungary for the West to come back to perform. From the start, the festival was allowed to. That was one reason for having the festival at the beginning; the other was more prosaic. Budapest was always a tourist destination but the hotels were empty in March and April.”

“Step by step we began to build something like the Western cultural experience behind the Iron Curtain, from ballet to pop concerts in sports stadiums. Then in 1983 Iván Fischer and Zoltán Kocsis started the Budapest Festival Orchestra. So things were really changing. We always had a very well educated audience and they wanted to see the big stars, wherever they came from.” 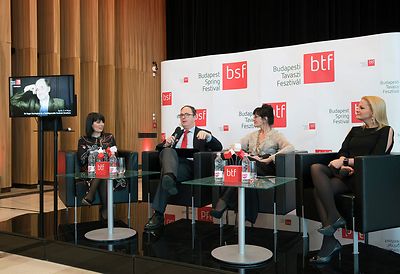 A few years later an autumn festival was added to the spring event. This was always seen as having a more contemporary focus with more attention paid to the applied arts – photography, design and fashion among them – and it offered an umbrella to some of the smaller festivals in particular disciplines which were springing up. Now that autumn event has been given its own distinctive identity as CAFe Budapest. Csaba is particularly pleased with the new acronym. “It's obvious – Contemporary Arts Festival,” he says, “but it also says something special about the artistic life of Budapest which was always centred on the city's cafés.”

Béla Bartók was at the heart of those café discussions and his ideals of experiment and celebration of the musical heritage and so Csaba has used his name to underpin CAFe. Every second year CAFe hosts a competition for young composers in which they are asked to write pieces that follow in Bartók's tradition. His fascination with and pursuit of folk music in the early years of the twentieth century has, however, given inspiration to a new festival tradition in which musicians who draw on their own folk music from all over the world in contemporary idioms form a new and growing strand of the programme. “Often this reaches the massive audience that might not immediately be interested in classical music but, through young musicians in World Music, we can make the links work.”

The way CAFe uses Bartók's legacy to inspire the present, Csaba says, was illustrated by the visit this year of the Chinese composer Tan Dun, who wrote the award winning score to the film Crouching Tiger, Hidden Dragon. Dun conducted Bartók's Miraculous Mandarin Suite then his own work based on a village in his district where the women had their own language, not intelligible for the men (I'll resisting making the obvious joke!). CAFe maintains its connections too to the Hungarian composers still working in Budapest like Péter Eötvös and György Kurtág – who conveniently lives in a room at the Budapest Music Centre.

While the autumn festival uses Bartók as its anchor, the spring festival uses Liszt. So in the March and April 2018 edition there will be a rare performance of his Legend of St. Elizabeth and, appropriately, a Piano Meeting involving some of the world's greats, including Martha Argerich, Yefim Bronfman, Daniil Trifonov, Peter Frankl, Gabór Farcas and Rudolf Buchbinder. There will also be a celebration of Leonard Bernstein's centenary year with a co-production from Neue Oper Wien of A Quiet Place. Away from the music choreographer Wayne McGregor brings his recently premièred Autobiography, based on a map his own genomes. 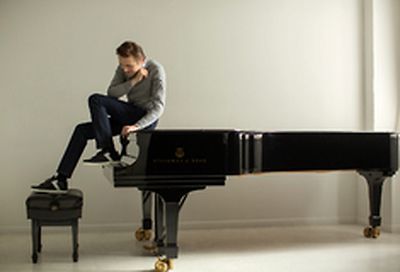 “Budapest is a premium festival and we pride ourselves on bringing the best the world has to offer to Budapest, and showing what it can offer the world.” Csaba Kael tells me. So far he has not felt restricted by the newly assertive policies of the current government. “We are an independent institution. Money is always a problem of course but the biggest challenge is finding new audiences.” To do that the festival has made something of a speciality of semi-staged operas, which he has found appeal to young people who dislike opera houses. Jazz features heavily too but Csaba says the real discovery over the last five years has been contemporary circus. “This has become a fantastic way to reach young people,” he says, “and just like opera a century ago it can be so inventive: a wonderful combination of spectacle, virtuosity, music and dance.” 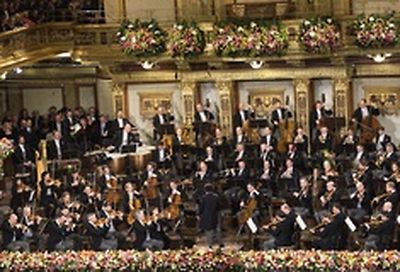 With the best Hungarian performers and real world stars, the Budapest Spring Festival is a truly special occasion, presenting Hungarian and world premieres of musical and theatrical productions and co-productions with a programme that involves many of the arts, with events in classical music, opera, jazz and pop, world music, dance, theatre and the visual arts together with partner institutions throughout its seventeen days. The wide variety of the programme includes classical music concerts (Bartók, Debussy, Liszt…), contemporary circus, poetry or theatre (Shakespeare, Miller, Szilágyi…).

A guide to the Budapest Spring Festival | Argophilia 6 Mar 2012