Some festivals stay throughout their existence much as they were at the start. Others grow but keep their basic original structure. And some evolve, mutate, have children. Then, without leaving home, the children develop distinctive characters of their own. So it is with the Flanders Festival and its offspring, Klara.

Flanders Festival is effectively an umbrella for independent programmes held in each of northern Belgium's major cities. Every town has its specially allotted time of year but the constituent cities also collaborate with each other so that there is a network effect. For the audience there is just a solid succession of high quality events. For the organisers there is individual focus and a degree of safety in numbers. 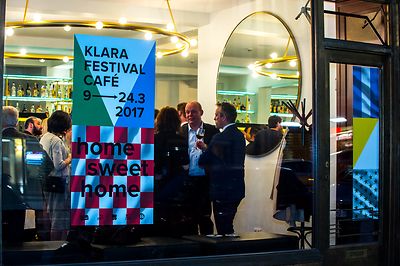 Klarafestival happens is central Brussels each March. It is named after the main classical music station of Flemish Public Radio but, although almost all the concerts are broadcast live, the programming is completely the responsibility of Flanders Festival – Brussels. “We always keep the radio in mind,” says festival Managing Director, Sophie Detremmerie, “but our events go much wider than that. Music theatre can give the radio problems so not all of it is suitable but we make sure that Radio Klara has something to put out every night.”

The Flanders Festival itself is fifty years old but the Klarafestival is much younger. “In the early 2000s Jan Briers (now President of EFA) realised we had to fight to define our place in the arts landscape and he took inspiration from the BBC Proms in London.” It started as a project, integrated into the general festival but gradually Klara established its own identity and slot in the year and the programmes of its venues.

Finding a distinctive place in the crowded artistic calendar of a capital city is always difficult, and is made harder when the main events are given by symphony orchestras in the city's two main arts centres, BOZAR (the Centre for Fine Arts and, built in 1928, possibly the world's first complex of its kind) and Flagey, opened a decade later in a very different architectural style as the headquarters of the National Institute for Radio and refurbished as an independent centre in 1998.

The Klarafestival separates itself from the general run of events by taking a tough creative line. “We only commission programmes,” says Sophie, “we don't buy in existing ones that happen to be on tour. Each concert or music theatre piece is developed specially. We think it is essential, too, that we absorb the times we are living in so themes have become the basis.” In 2017 the theme was migration, exile and identity - issues that have been consuming European political debate but which music has dealt with for centuries.

“We are not about just putting nice music on stage. We want to make a point so we had an orchestra of musicians who were also Syrian refugees [the Syrian Ex Pat Philharmonic] playing in partnership with the National Orchestra of Belgium and it was live streamed as well as broadcast. It was a theme that did not make things easier with our sponsors but that just made us more determined.” For 2018 they are working with the title Alles Wieder Gut (All Is Well), a deliberately ironic phrase which in German echoes Dr. Pangloss's motto of “all is best in this best of all possible worlds” in Voltaire's Candide. 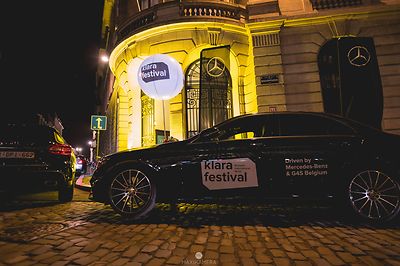 The theme is not necessarily negative though “It is explicitly a call for human beings to construct a positive world.” There will be an attempt to take the stoic's view and also to explore the prospect of better times. One element of this will be a performance (BOZAR 16 March 2018) of Alexander Nemtin's realisation of the Preface to Scriabin's Mysterium, the increasingly deranged composer's attempt to write a work that, over a week in a pavilion of moving stone in the foothills of the Himalayas, would signal the end of humanity and our replacement by nobler beings. Perhaps it's lucky that only the preface is being performed, or should our political leaders start to feel nervous?

These days the Klarafestival encompasses about thirty events, of which a third are given by major symphony orchestras, as would be expected for the main evening broadcast on a classical station. Klara Radio itself puts no production money into the concerts it carries but it effectively offers payment in kind by using its commercial side to give air time to the festival's sponsors – a novel benefit that clearly makes recruitment easier and helps widen the sponsorship net.

Alongside the concerts themselves the programme includes debates around the festival theme which are broadcast too. Away from the big halls in Brussels, Klarafestival now holds events in Brugge (Bruges) and Antwerp. Increasingly, though, it is looking for other types of venues – using Brussels' Kaaitheater for it's more adventurous staged pieces and even venturing into a night club for Club K - 'taster' concerts with a DJ that allow a very different audience to sample three different styles of classical music in a place where they would never expect to find them. 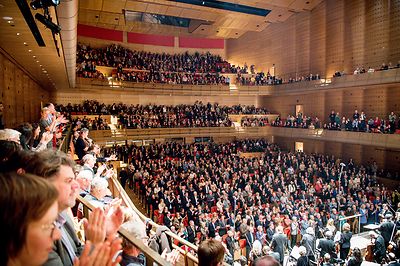 There are 'flashmob' events in metro stations and last year you could take a turn trying to conduct a student symphony orchestra in the echoing Ravenstein Galleries, just outside the festival's offices. There are no reports of the cacophony that may have resulted! Most unusual of all is the mobile miniature glass concert hall, with just enough room for a piano and a handful of chairs, that can pop up on a street corner or outside a café; free for the listeners inside and transparently beguiling for those wandering by. 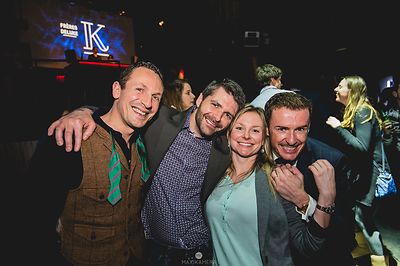 Artforms | We include every aspect of music life: concerts, music theatre, multidisciplinary performances, operas and so on. A conscious effort is made to find the connection to such other art forms as visual arts or film. In this way, we offer our audience an unforgettable experience.

Cultural partnerships | We can also thank our many partnerships for our success. We collaborate structurally with major Flemish and Brussels music and art institutes like Klara, Bozar, De Munt, Flagey, Kaaitheater, de Hallen van Schaarbeek, Met-X, deSingel and the Brugse Concertgebouw. In addition, there are plenty of ad hoc partnerships with such organisations as the Beursschouwburg, AncienneBelgique, KVS, Conservatorium Brussel and so on.

Audience | For many years now, Klarafestival has been operating within an international network of prestigious festivals, programmers, orchestras, ensembles, artists, agencies, production houses and media. High quality, original concepts and easy-access communication have ensured that Klarafestival can attract 25,000 paying spectators per year, reaching up to 150,000 listeners through Radio Klara and up to 14 million European listeners a year via the European Broadcasting Union (EBU).

Since 2014, Klarafestival has been held in March. Every year, we present current, high-quality and adventurous performances and concerts with international appeal to as large and varied an audience as possible in many different venues located not only in Brussels but also in Antwerpen and Brugge.

Our unique identity | Klarafestival is a high-quality international music festival that, based on a western classical music repertoire, dares to modernize.

Using its Brussels identity as a foundation, Klarafestival is building a bridge to the outside world and is doing so locally (Brussels), nationally (Flanders and Wallonia) and internationally with the goal of enriching people’s lives.

Aiming to ensure a unique and phenomenal experience, Klarafestival presents its own alongside guest performances, unknown talent alongside established names and traditional alongside innovative projects.

Klarafestival has defined itself as an international music festival through its artistic collaborations, the international target audience in attendance in Brussels and its multimedia connection with public broadcasting and the EBU.

Official after movie of the Klarafestival 2017

'And you must suffer', sounds intoxicatingly beautiful but is visually overloaded | Knak 17 Mar 2016