Simon Mundy, in interview with Ibrahim Spahić, General Director of the International Festival Sarajevo Winter, looks at the festivals’ history and current success

When the Winter Olympics were held in Sarajevo and its surrounding mountains in 1984 they were followed immediately by an arts festival. There is nothing unusual in that. While sadly the cultural events never get the same degree of media attention as the athletics, it has always been the case that the arts accompany the Olympic Games, sometimes as an integrated part of the city's Olympic experience, sometimes as a bit of an afterthought. For the February 2018 Games in Pyeongchan, South Korea, the province of Gangwon is said to have a budget of €40 million for a cultural programme, starting on New Year's Eve.

The difference between Sarajevo and all other places that have seen the Winter Olympics pass through, however, is that firstly the Festival is still going and, secondly, ten years after the Games the city had gone from being Europe's enduring symbol of tolerance and peaceful co-existence to being a ruin, ravaged by vicious inhumanity and civil war. Tragically that is the reality that has endured into this century, with its politics and communities frozen in political stalemate. The war has passed but Bosnia's peace will probably take another generation to become secure. 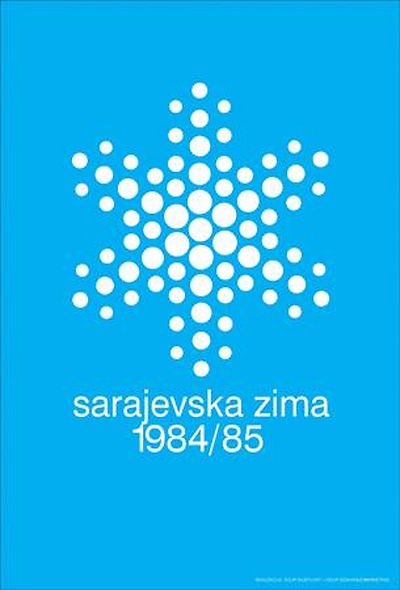 Through all of this the Sarajevo Winter Festival has carried on for thirty-four years, thanks to the indefatigable persistence and energy of its Director, Ibrahim Spahić, and is run by the International Peace Centre, not just a festival office. In its darkest hours the city depended on its artists to give expression to their plight and to show that shards of civilised life could still be found. Now the festival has become the main agent for bringing Sarajevo back into the mainstream of European cultural activity.

The logistics of mounting a festival in the dead of the Bosnian winter (in some of Europe's most inaccessible terrain) have never been easy, neither have the finances which have led it to adopt a model that relies on generosity from all quarters. “I can invite anyone I want,” Ibrahim says, “but they have to find the costs of getting here and of any fees. However, for three days each I can cover all the expenses once they are here. This year our open call produced some six hundred applications from as far away as India, China and the Nordic countries so there is usually a way – whether it is through cultural and government institutes or sponsors. In fact often artists want to stay longer than the official three days we offer and sometimes they have found hospitality in ordinary people's houses. Once they are here we make sure they have a lot of connections.” 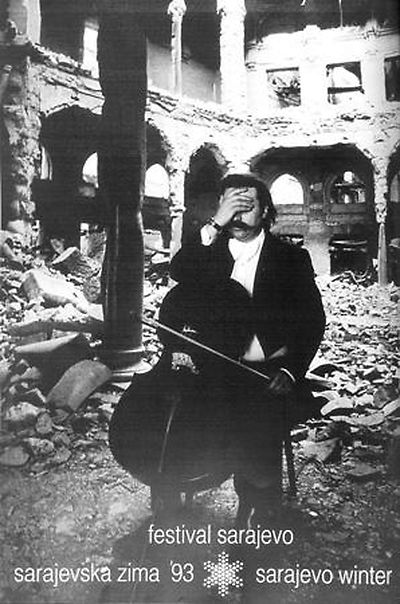 Ibrahim says that, at first from necessity and now by choice, he has developed, “a different concept of a festival – an open area for artists.” It is not completely uncurated, like the Edinburgh Fringe, but neither is it dictated by the tastes and artistic choices of Ibrahim himself. “I have a panel of nine experts from all disciplines who select from all the applications. Usually we come down to about a hundred and fifty artists and productions – somewhere around 1500 participants each year.” He also gives his selectors a theme or phrase to group the work around so that there can be a “logical connection”; for 2018 it will be The Other Face Of The World.

Because the festival is still part of the continuing peace project the balance is important – not the balance that one might expect between religions or ethnic groups but between the Balkans and the rest of Europe, and Europe and the rest of the world. “We like to show that Sarajevo is still an open space for the arts and expression across the Balkan region,” which Ibrahim defines as all former Yugoslav countries plus Greece, Albania and Bulgaria. “That is something that was lost during the years of war and we have to continue to celebrate it – so we also make sure that some of the work is not seen just in Sarajevo but in Banja Luka [to the north] and Mostar [to the south] as well.” It is just as vital, Ibrahim feels, that he brings in performances and exhibitions from all over the world. Part of Bosnia's problem has been an inward looking isolation and the festival counters this by showing the country how to interact with the global artistic community – while showing that community that the spirit of the city of Sarajevo is still fiercely open. 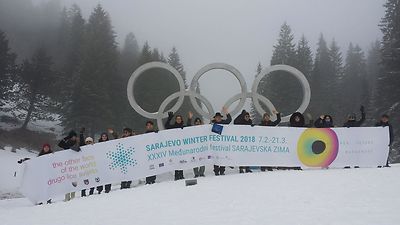 Although the deadline for applications is only just over a month before the final schedule is published, the process of selection and invitation goes on all year. However, “I always announce the programme only on 21st December, the anniversary of the day following the end of the Olympic Games in 1984”.

Ibrahim is passionate that the festival is seen in the widest possible context. “We are an arts festival but we are also a human rights concept,” he says, “for upholding the values of UNESCO and the Council of Europe. We didn't wait for the Dayton Agreements [that settled the political structure of the country twenty years ago] before we invited people from all over the world. The festival has to include everywhere and be about open communication.” 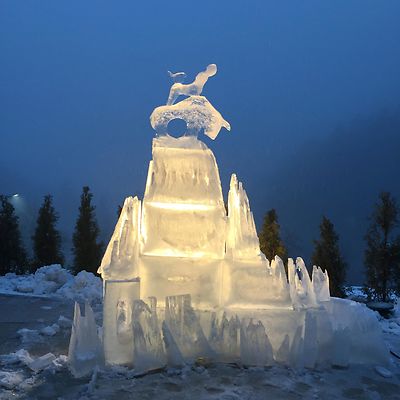 He feels strongly that the mission of the Sarajevo Winter is just as necessary as it ever was. “We see European values of openness being challenged in too many countries and in my opinion for the political future to be positive, the Euro-Mediterranean area is vital for the credibility and integrity of European values. We have to welcome and have co-operation with other cultures and civilisations. My message is clear. I work for peace and freedom of expression. It is much more important for the future that we make everyday normal life work, not try all the time to argue about history or who is the victim.” 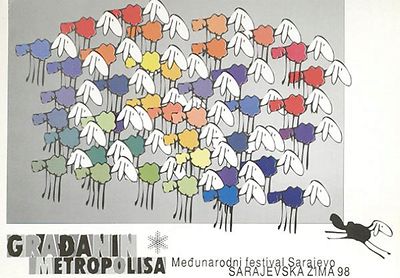 Entertainment and sports activities on the mountains were held: going down the Olympic track, and at the top of the mountains, artistic performances and maping points of Peace and freedom of creativity. The flags is set by the International Center for Peace, Sarajevo Winter and the EFA and BJCEM, together with the flags and signs of the Mountaineering Association of Bosnia and Herzegovina, the Ski Federation and the institutions that will support the Hike: Olympic Centers of ZOI and Jahorina, the organization of forestry and communities that care for the protection of life Center, National Commission of UNESCO, CK, Civil Protection, Mountain Rescue Service, Faculty of Physical Education and Sport, First and Fifth Gymnasium, Forestry School and School for Forestry and Wood Design, as well as other participants of the Hike.

Sarajevo Winter Festival program promotion is set to 21. December, Thursday evning at The Historical Museum, with the coctail and musical program, from 16 to 19 hours.

This year's Sarajevo Winter Festival takes place under the motto "The Other Face of the World". The selectors of the festival are: for music Voleta Smajlović and Maja Baralić; for literature Naid Mujkić and Edin Pobrić; for the theater Ljubica Ostojić and Almir Imširović; for ballet Nadža Pušilo; for visual and multimedia art Dalida Karić Hadžiahmetović, Dejan Slavuljica, Sanela Nuhanović and Mila Melank. 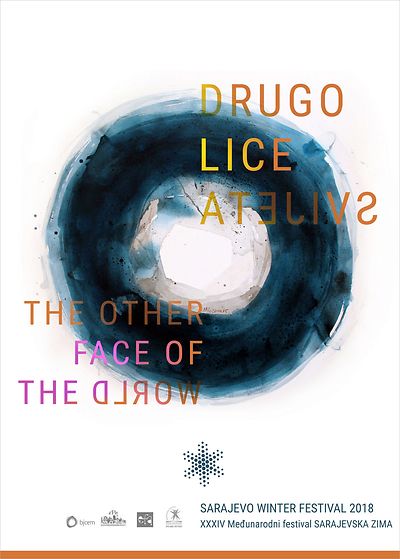 The art of love