The Arts Festivals Summit is coming on: we meet from 11 to 15 September 2022 in Yerevan. Yerevan is our spot to discover the Armenian culture and community. Together with our host, the Yerevan Perspectives International Music Festival, we have set up an artistic and cultural programme for you.

For those of you who are already in Yerevan on Sunday 11 September, you are invited to join the Walk and Talk, during which you discover Yerevan’s arts and civil society community in small groups. These cultural visits include museums, galleries, monuments, markets, research centres, and creation spaces. Among them are the worldwide known Aram Khachaturian House-Museum and Sergei Paradjanov Museum, the Cafesjian Center For The Arts, the National Gallery and the National Library. 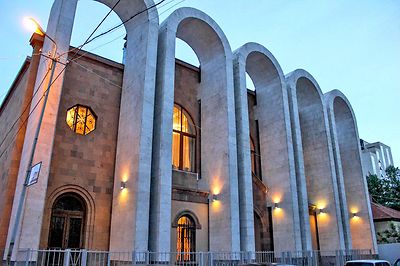 This activity is only for EFA Members and Cities & Regions delegates. After the morning's activities, you are offered a guided tour in Matenadaran Museum, which contains one of the most important collections of manuscripts in the world and houses a research institute.

The Matenadaran has consolidated about 23,000 manuscripts, including almost all areas of ancient and medieval Armenian cultural and sciences – history, geography, grammar, philosophy, law, medicine, mathematics, cosmology, chronology, divination literature, translated and national literature, miniature painting, music and theater. The Matenadaran also holds manuscripts in Arabic, Persian, Greek, Ethiopian, Syrian, Latin, Tamil, and other languages. Many originals, lost in their mother languages and known only by their Armenian translations, have been saved from loss by medieval translations. 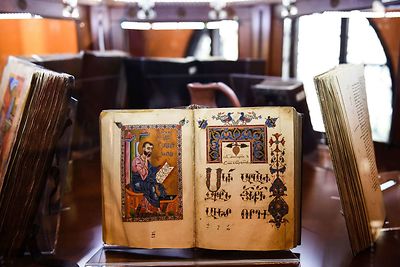 The Matenadaran Museum is the world's largest repository of Armenian manuscripts

The official opening gathers all delegates at the Aram Khachaturian Concert Hall, one of the architectural pearls of Yerevan. It is the occasion to listen to Premiers of two pieces of the Armenian State Symphony Orchestra commissioned by EFA and Yerevan Perspectives International Music Festival at the occasion of the 70th anniversary of EFA. A special composition is performed in solidarity with the victims of the war in Ukraine. 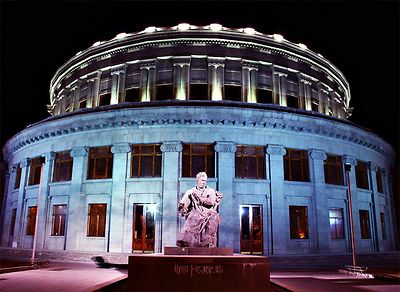 This evening focuses on youth and emerging artists and is accessible only to EFA members. 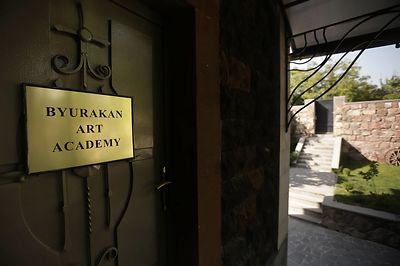 Open to all, the Gala concert of the closing event takes place at the Arno Babajanyan Concert Hall, where world music luminaries performed. It is animated by world-famous orchestra and musicians.

International educational and cognitive projects, concerts, festivals, competitions, master classes, presentations are carried out and organised by the State Philarmonia of Armenia. The organisation is also engaged in the production of scientific-cognitive films and publishing.

The mission of Philharmonia is to contribute to the development of the country’s cultural sector by presenting the best works of Armenian and world art. 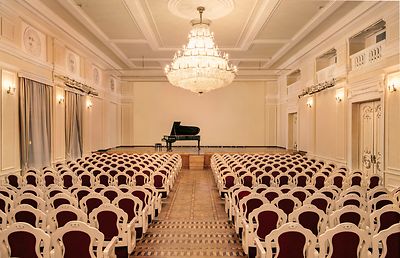 Sightseeing tour of Yerevan and its surroundings - 14 & 15 September

On Wednesday 14 September, a sightseeing tour of Yerevan and its surroundings is planned from 15.30 till 18.30 for all those who are present.

For those wishing to stay longer, we offer a sightseeing outside of Yerevan to explore the region on Thursday 15 September in the morning and afternoon. During this tour, you visit the Lake Sevan and Sevanavank. The Lake Sevan is one of the largest freshwaters, high-altitude lakes in Eurasia, that  immerse you in scenic views of the surrounding mountains. Sevanavank houses the Geghard Monastery, a UNESCO World Heritage Site which dates back to the 4th century.

Culinar discovery throughout the whole week

Culinary culture is not outdone during the Summit as every day you have the occasion to savour traditional Armenian cuisine and taste local wines. On Thursday 15 September, you are also offered to visit Eastern markets of Eastern spices, dried fruits, sweets, etc. 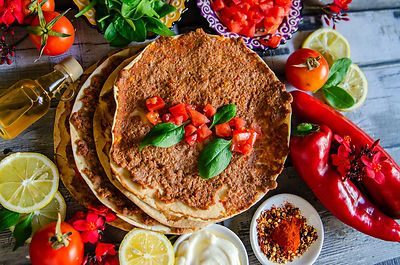