Massimo Mercelli was born on 21 May 1959 in Imola, Italy. He became a board member for the European Festivals Association (EFA) in 2001. In April 2011 he was elected vice president, a role which he fulfilled until May 2017, after which he became an honorary member.

Massimo Mercelli studied at the Conservatorio Giovanni Battista Martini in Bologna and was a pupil of Maxence Larrieu and André Jaunet.

As a winner of 4 major flute competitions, he has embarked on a career as a soloist and regularly plays at major concert venues around the world. He is a flutist who boasts very important dedications and collaborations with the greatest composers in the world such as Penderecki, Gubaidulina, Glass, Nyman, Bacalov, Galliano, Morricone, Sollima.

His masterclasses and lectures at universities and conservatories all over the world are an example of his attention for young musicians and his commitment to develop his work for the future, which he also shows through cross-national artistic cooperation. Furthermore, Massimo has been a jury member for numerous international competitions in Geneva, Paris, New York and Beijing.

Massimo’s voice as a musician, his work for EFA and his role as an important ambassador for the music world are highly appreciated. 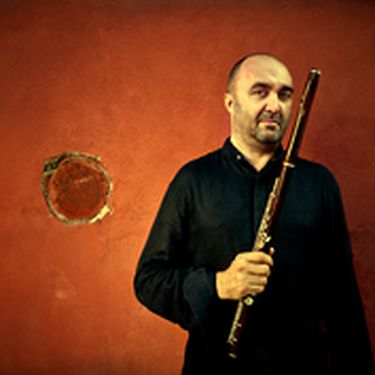