Albert Vila began his musical studies at the "Taller de Musics" Barcelona, where he studied with Andy Rossety and J. Luis Gamez. In 1999 he was accepted into the Conservatory of Amsterdam and followed   the "jazz guitar performance" program, there he had the opportunity to study with Jesse Van Ruller. In 2004 he was awarded with the first prize in the Dutch Jazz Competition for his composition "Gym Jam". The following year the conservatory gave him a scholarship to join the graduate program at the prestigious "Manhattan School of Music" in New York, where he lessons from: Rodney Jones, Dave Liebman and Phil Markowitz.
In 2007 after completing his post graduate studies he  decided to return to his hometown, Barcelona. Once in Barcelona he decided to lead a new project: Albert Vila quintet, with this group in 2007 won the national competition in Donosti ”Debajazz”, and is in the same year that the record label Fresh Sound
New Talent released his debut album "Foreground music"In 2011 released his second album on Fresh Sound New Talent, entitled "Tactile" with seven new songs, Albert shows his work in Spain and in several European countries, receiving a very warm welcome by both the public and the critics.

In 2012, Albert  presented his latest album in trio formation, where  he surrounded himself  by the great drummer Jorge Rossy and bassist ReinierElizarde , this time his repertoire will consist of well-known American jazz standards. He was also awarded with the first prize at Jazz Hoeilaart competition for one of his songs.

In 2014 Joins the Jazz Master program for composition at the Royal Conservatory of Brussels.

In 2015  He was teaching and performing next to: Dave Douglas,  Aaron Goldberg, Greg Hutchinson and Reuben Rogers at the International Jalisco Jazz Festival.

In February of 2016 he releases his most recent  record “The Unquiet Sky” recorded in NY and featuring some of the most original voices in the nowadays jazz scene: Aaron Parks on piano , Doug Weiss on bass  and Jeff Ballard on drums.

During 2020 he is going to record his last trio project with new compositions and an upcoming tour in Europe. 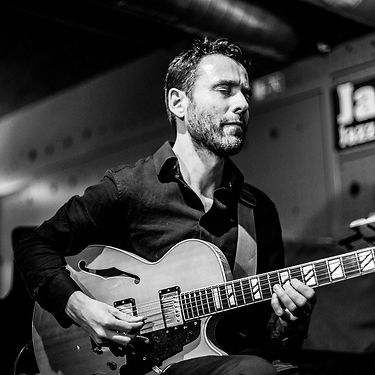