Culture connects us, it’s a basic human need that nothing can stop. In recent decades we have consistently proven that events and festivals are an outstanding way of bringing about change – social, economic and intellectual. Even in the most difficult moments, culture has found its way into our lives. The year 2020 was a major landmark for all of us – we were faced with a challenge unlike any we had ever encountered. In the long history of the Ljubljana Festival, there has never been a factor that impacted our plans so powerfully, yet despite everything we refused to give in, we learned an awful lot of new things and proved that together we can achieve the impossible. The Ljubljana Festival is a living expression of the importance of cooperation and of what we can achieve when we work together. We not only attract local visitors, but every year our events are attended by numerous tourists who are of great importance for the life of the city. The Ljubljana Festival, one of the oldest international festivals on this scale, works in all ways to help fill the treasure chests of both Slovenian and international culture.

Darko Blerk is the General and Artistic Director of the Festival Ljubljana. He became the youngest ever director of the Slovenian National Theatre Opera and Ballet in Ljubljana in 1991. A year later he also became the youngest ever artistic director of the Festival Ljubljana, eventually taking over as executive director of the country's one of the most important cultural institutions in 1995. He was among the founders of the Cultural Chamber of Slovenia and has served as chairman of the Council for Culture of the Government of the Republic of Slovenia. He is currently the President of the Expert Council of the Slovene National Theatre Maribor and a council member of Avditorij Portorož. Despite his extensive commitments to the promotion of culture in Slovenia, he also finds time to participate in various international bodies. After becoming the Vice President of the European Festivals Association (EFA) in 1997, he served as its President from 2005 to 2017. At present, he is the President of the Festival Academy, an initiative of the European Festivals Association (EFA) for young festival managers and honorary member of European Festivals Association. Art and culture are more than just a profession for Darko Brlek, who in 2016 was one of the two recipients of the annual management award for outstanding economic achievements given by the Finance newspaper and the Faculty of Economics in Ljubljana. He has also been the recipient of numerous other awards, including the Betteth Award for artistic achievements and the Župančič Award, which is the highest prize granted by the City of Ljubljana for outstanding creation in the field of art and culture. On the 4th of July 2018 Darko Brlek received the prestigious state award of the President of the Republic of Slovenia – Order for merits, for his contribution to Slovenian culture and merit for program excellence and international acclaim of cultural and artistic events. He is still active as a concert clarinetist, performing regularly on stages around the world. 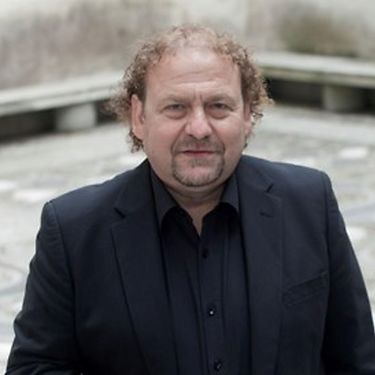