"Feels like fourth dimension: pandemic forced us to change our perception of place, time, body and mind, but core values remain the same – eye to eye, hand in hand, person to person. Europe for festivals, festivals for the world!"

In her extensive professional career, Ruta Prusevičienė was Music editor at the State Encyclopedia Publishing House for six months from November 1991 until June 1997. She was the Official of the Ministry of Culture holding the positions of Senior Official of the Music Division, Senior Official of the Foreign Relations Department and Head of the International Relations Department. In 1997 Ruta was Head of Foreign Relations Division of the National Philharmonic Society of Lithuania, administrative manager of Vilnius Festival and in 2001 Deputy Director for Artistic Affairs of the National Philharmonic Society of Lithuania and Executive Director of Vilnius Festival. Since October 2006 she is the General Director of the National Philharmonic Society of Lithuania, currently serving third term as a leader of the largest concert organisation in Lithuania. Since January 2007 she is a Member of the Lithuanian National Board on Culture and Arts, member of governmental coordination committee of Vilnius – European Culture Capital 2009 and Millenium of Lithuania. Since April 2008 she is a member of the Board of the European Association of Festivals (EFA).

In 2017 Rūta was elected a Chair of the Association of the Lithuanian National Culture and Arts Organisations. For the merits to arts, music management, cultural diplomacy and cultural exchange projects she is awarded by the Republic of Lithuania, Republic of Poland, Republic of Italy and the Kingdom of the Netherlands. 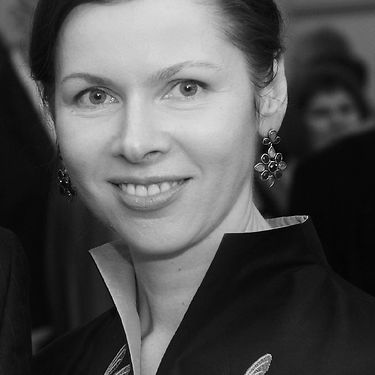