Gavin Douglas Henderson CBE was born in 1948, is an English arts administrator, conductor and trumpeter. Since 2007 he has been principal of the Royal Central School of Speech and Drama at the University of London. He is an Honorary Fellow of the University of Brighton.

Gavin Henderson was educated at Brighton College, where his father was a member of the teaching staff, Brighton College of Art, Kingston Art College, University College London and the Slade School of Fine Art. In 1972 he was appointed as Artistic Director of the York Triennial Festival and Mystery Plays, and in 1975 he became Chief Executive of the Philharmonia Orchestra. In 1979 he moved to Bracknell - establishing the Wilde Theatre and developing the South Hill Park Arts Centre.

He was appointed Commander of the Most Excellent Order of the British Empire (CBE) in the 2004 Birthday Honours. 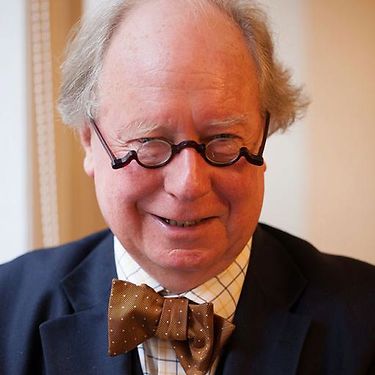