Today the Festival Council announced the appointment of Fergus Linehan as the Director Designate of the Edinburgh International Festival. The post begins on a part time basis on 1 May 2013 to allow time to plan for his first Festival in 2015. Fergus Linehan will become Festival Director and Chief Executive of the Festival full time from 1 October 2014.

As a Festival Director, Fergus Linehan has already led the growth and development of two major international festivals in Australia (Sydney Festival) and his native Ireland (Dublin Theatre Festival). Fergus began his career in the theatre in Dublin, producing many shows and going on to direct the city’s major arts event, the Dublin Theatre Festival. During that time he commissioned work by artists including Seamus Heaney, Brian Friel and Roddy Doyle as well as a new generation of Irish writers and choreographers.

From 2004 to 2009, Fergus was Chief Executive and Artistic Director of the Sydney Festival. Under his leadership the Festival’s annual turnover grew from aus$12 million to in excess of aus$20 million, achieved through significant growth in ticket sales, commercial sponsorship and government funding.

From 2010 to 2012, Fergus was Head of Music at Sydney Opera House where he refreshed the year-round music programme spanning jazz, world music, pop, rock, electronic music, and visiting classical artists and orchestras.

He currently works with a number of international arts companies and Government agencies including the Sydney Opera House where he is reviewing theatre and dance programming and Dublin City Council. In addition he is Festival Director of Vivid LIVE, an annual event, which celebrates ambition and innovation in popular music and digital art. He currently divides his time between Europe and Australia.

Fergus has served on boards, committees and adjudicating panels all over the world.

Fergus Linehan, Director Designate of the Edinburgh International Festival said ‘I am delighted and deeply honoured to have been appointed as the next Director of the Edinburgh International Festival. I look forward to safeguarding the founding principles of the festival in ways which are engaging and relevant to all. In particular I look forward to moving to Edinburgh to serve the devoted festival-goers and artists from Scotland and around the world, who have grown to love this wonderful institution over the past seven decades. Successful festivals respond to both place and provenance to create a unique identity and this is particularly true of Edinburgh, the preeminent Festival city. It is with this in mind that I will begin the exciting work of developing my plans and ideas for the 2015 and future Festivals.’

Donald Wilson, Edinburgh’s Lord Provost and Chair of the Edinburgh International Festival Society said, ‘Fergus brings new skills, intellectual rigour and a highly successful track record to the Festival and the City. Having previously lived in Edinburgh and worked with companies visiting the city he is familiar with what the city can offer its residents as well as visitors and artists from around the world. I look forward to welcoming him back to Edinburgh and Scotland’s creative and vibrant cultural life.’

Cabinet Secretary for Culture and External Affairs Fiona Hyslop, said ‘The Edinburgh International Festival has a worldwide reputation for excellence and innovation. In bringing together exceptionally talented artists from nations across the globe, it helps to celebrate and promote Scotland’s rich culture and heritage on the world stage and strengthen our links with other countries. I welcome Fergus Linehan’s appointment as Director and wish him every success in the role.’

Fergus Linehan will start now to plan and programme the 2015 Edinburgh International Festival, taking up the role of Festival Director full-time on 1 October 2014. Fergus will move to Edinburgh to take up the post, the initial period of which covers five Festivals from 2015 to 2019. 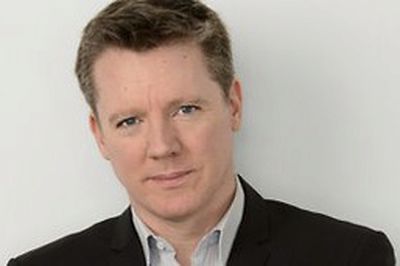