From 5-8 October 2013, the Tbilisi International Festival of Theatre will present the best of Georgian theatre with its Georgian Showcase Programme for the fifth time. During the four days, the festival invites to see the most interesting and challenging works of established and famous stage directors as well as works of young and bright talents.

The Georgian Showcase made its debut in 2009 during the first Tbilisi International Festival of Theatre. Its aim is the promotion of Georgian Theatre and its integration within the world cultural network.

The Georgian Showcase programme has created an environment that helps Georgian and international performers, directors, writers, producers and critics to meet each other in Georgia’s vibrant capital, to find the crossing points in their ideas and creative plans, to devise and embark on joint projects and, quite simply, to cross borders.

Most of the performances presented at the Georgian Showcase in the first four editions were subsequently invited to different festivals; several co-productions and exchanges were initiated with theatres and performers from Europe and Asia; some projects are in progress.

In 2013 nearly all Georgian theatres, both from the capital and different regions of the country, will participate in the Georgian Showcase with performances of the 2012/2013 season.

The Showcase is open for theatre lovers, journalists, critics, programmers, curators, festival directors – anyone interested in Georgian theatre will be welcomed to the showcase. The four-day programme will give an insight into the vital, innovative and challenging contemporary Georgian theatre.

The full programme of the Georgian Showcase will be published on the website by 1 June 2013. 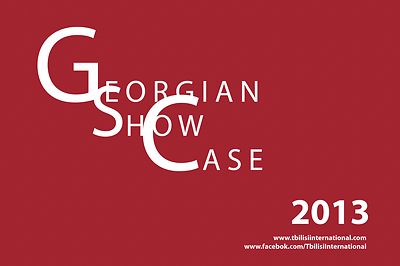