Art, Space & Audience: 2013 Reykjavik Arts Festival kicks off on 17 May

Launching the 2013 Reykjavík Arts Festival programme (17 May-2 June), Hanna Styrmisdóttir, Artistic Director, said: “The focus of the 27th Reykjavík Arts Festival (RAF) is on the creative space where the arts intersect, on the creation of new works and the reinterpretation of older works; on innovation, and also on history as a source of inspiration. The great diversity that has been a major strength of the RAF shows up this season in the extraordinary number of artists, both Icelandic and international, who are participating or whose works are being shown, and in this Festival’s focus on the richly varied audience experience. As a temporary platform, the Reykjavík Arts Festival is inherently experimental. It thereby provides an opportunity for non-traditional approaches to the basic function of art institutions, that of bringing together art, space and the audience.

The 27th Reykjavík Arts Festival will open with a newly commissioned work in the central area of Reykjavík harbour on Friday, 17 May, and close in Harpa Concert Hall’s Eldborg on Sunday evening, 2 June, with another newly commissioned work. Through the constant interplay of art, space and audience, the RAF will during this time spread into art museums, libraries, concert halls and across the urban space, with nearly six hundred artists from over 30 countries taking part or having their works presented.

One role of the Reykjavík Arts Festival is to support artistic innovation. This year, numerous works have been commissioned by the RAF. The opening work, Vessel Orchestra, by artist Lilja Birgisdóttir, will be performed in the central area of the Reykjavík harbour, at 5:45 p.m. on 17 May, using the ships in the harbour as instruments. In collaboration with the Radio Theatre and the Reykjavík City Library, the Festival has commissioned six original radio plays by celebrated and emerging playwrights and in a performance series entitled Art & Space, readings will be delivered in city libraries after closing hours. A new performance by artist Magnús Pálsson, Sigh, will be presented in connection with the Palsson’s performance retrospective The Sound of a Bugle in a Shoebox at Reykjavík Art Museum, Hafnarhus. Five previous works by Pálsson will also be performed in this context, in new versions directed by composers, visual artists and actors. The closing piece of this season is also a RAF commission; a work by conductor Ilan Volkov and composer Hlynur Aðils Vilmarsson, written for and performed using the unique characteristics of Harpa Concert Hall’s Eldborg.

History can serve as a source of inspiration and the 27th RAF will commemorate the remarkable year of 1913, in a collaboration with the Iceland Dance Company and Iceland Symphony Orchestra, together with Harpa Concert Hall, to present two of Igor Stravinsky’s musical choreographies: The Rite of Spring, in a new version by Lára Stefánsdóttir and her artistic team, and Petrushka by Jorma Uotinen, considered one of Finnish ballet history’s key works. The Reykjavik Chamber Orchestra will tell the extraordinary creative history of the Polish composer Witold Lutoslawski and the history of the Reykjavík Arts Festival itself will be revisited in a repetition of a concert from the RAF’s very first edition in 1970, Contrasts, in which major works of jazz were played in alternation with classical music compositions. Social history is the foundation for the exhibition Outsiders? in the National and University Library of Iceland. The 27th RAF’s opening concert also goes back in time, into archival audio and video: Bang on a Can All-Stars, from New York, present specially commissioned new music by composers with backgrounds in indie pop, electronica, experimental classical and visual arts in an evening-length concert, Field Recordings.

A wide range of audience perception and experience has been kept in the foreground while structuring the 27th RAF. A concert in darkness, a grand piano bus adventure, a choral composition delivered in sign language and marathon musical concerts are just part of what awaits Festival visitors. Those wishing to enjoy more traditional performances will have many choices, too. In Harpa’s Eldborg, the soprano star Diana Damrau will sing Lieder, accompanied by the harpist Xavier de Maistre. In the church Fríkirkjan, love songs by Schumann will be delivered on Sunday mornings, and Harpa’s Norð­urljós will be the venue for Spanish compositions from the 18th century up to modern times.

The visual arts will also have their place in the 27th RAF; works on paper by some of the best-known visual artists of our time in the exhibition Art = Text = Art at Hafnarborg; performance art and artist’s books from European small states in Subjective Maps – Disappearences at the National Gallery of Iceland; Spessi’s photographic journal of his travels through the central states of the USA at the Reykjavik Museum of Photography; portraits by 70 artists, presented in every artistic medium, in the exhibition Face to Face at the ASI Art Museum; scent as a medium in the exhibition Intervals at the Reykjavík Art Museum, Hafnarhús; and the retrospective exhibition The Sound of a Bugle in a Shoebox: Magnús Pálsson performances 1980 to 2013, whereby Iceland’s best-known actors, the heavy-metal band MUCK, the Icelandic Sound Poetry Choir and the Icelandic Sign Language Choir appear in the same context. All of the above underline the open and creative space which is the Reykjavík Arts Festival.

The entire schedule may be viewed at the completely revamped, splendid Reykjavík Arts Festival website, www.artfest.is. 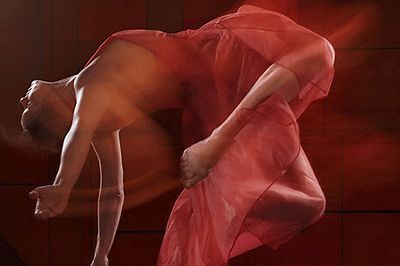