22 concerts in total including orchestral concerts, chamber music, recitals, and original programmes will take place. The festival, aiming to embrace the city and meet the audience in different venues, will use the Surp Vortvots Vorodman Church for the first time this year. Hagia Eirene Museum, Süreyya Opera House, Lütfi Kırdar International Convention and Exhibition Center, Galata Mevlevi House Museum, Galata Rum Elementary School, Istanbul Modern, and İş Sanat Cultural Center will be among the venues of the festival.

The 41st Istanbul Music Festival, aiming to contribute to the contemporary music repertory with its commissions, will host various Turkey and world premieres. The world premiere of “Nasreddin Hodja” commissioned to the esteemed composer Kamran İnce by the festival will be performed by Berlin Counterpoint Ensemble. The Turkey premiere of Cello Concerto, co-commissioned with the Amsterdam Sinfonietta, Amsterdam Cello Biennale and Toronto Symphony Orchestra, will be performed by Sol Gabetta.

The festival has also special projects for young musicians. The project “Istanbul Music Festival in Search of Its Young Soloist” which started last year in order to discover and encourage young talents throughout the country will continue this year in cello. The project “Open Conservatory” meeting conservatory students with the festival audience will be held on Sunday, 9 June, at the Galata Rum Elementary School.

Istanbul Music Festival Director Yeşim Gürer Oymak underlined the theme of the festival this year and stated: “Last year, we conducted a very detailed archive search for celebrations of the 40th year of IKSV and the Music Festival. Festival programmes during the first years are highly different from today’s programmes in terms of content. I found out that we now have a festival programme in which we bring different artists together, that we premier projects and commissions specific to our festival only, that we open more places to young musicians, that is more adventurist and more open to new ideas. These 41 years have matured the festival while at the same time inevitably changed it.”

Some of the works and projects in the festival programme have titles with a direct reference to “time and transformation”; some others deal with the physical change; still others present the change resulting from performing of a style, which is specific to a given era, with a brand new musical language in another era. Yeşim Gürer Oymak also mentioned that the festival has commissioned Turkish and foreign composers since 2011 and worked for enriching the contemporary music repertory.

Oymak stated “A great number of festivals and orchestras now know the Istanbul Music Festival as an institution which commissions.” The director also mentioned youth projects and underlined the importance granted by the festival to such projects: “I hope that music lovers will support and encourage our young artists, our future hopes by applauding them.”

Opening Concert of the Festival

The 41st Istanbul Music will begin on Tuesday, 4 June, with the ceremony and Opening Concert to be held at the Lütfi Kırdar International Convention and Exhibition Center. The winner of the 7th International Tchaikovsky Competition for Young Musicians, 16-year-old violinist Veriko Çumburidze will perform Carmen Fantasy by Franz Waxman accompanied by Borusan Istanbul Philharmonic Orchestra under the baton of Sascha Goetzel. The Orchestra in Residence of the Istanbul Foundation for Culture and Arts, Borusan Istanbul Philharmonic, will also perform Symphonie Fantastique by Hector Berlioz.

This year’s theme: “Time and Transformation”

Works and concerts within the theme “Time and Transformation” will be presented in the 41st Istanbul Music Festival. Munich Chamber Orchestra considered as one of the brightest torches of the German polyphonic music will perform Penderecki’s work pointing to a landmark in the world history as well as Symphony No:45 “Farewell” of Haydn related with the festival theme and will be accompanied by one of the most sensitive pianists of the young generation, Khatia Buniatishvili awarded with ECHO and Choc.

Jordi Saval awarded with Lifetime Achievement Award in the 2008 Istanbul Music Festival will present his new project “The Cycles of Life” focusing on the time and transformation theme on 11 June at Hagia Eirene Museum with Hespèrion XXI he is the founder thereof. The concert with songs, celebrations and requiems on different phases of life is built on the rich musical and oral mosaic of Balkans.

Piano duo Ufuk and Bahar Dördüncü will perform suites and waltzes from Rachmaninov and Ravel on 7 June at Istanbul Modern. Piano Trio Forte, who got together with their friendship and common love for music due to their passion for chamber music along with their solo careers, will perform works focusing on changes resulted from time on 22 June. The concert by the violinist and conductor Shlomo Mintz, known for his diversity in style and strong technique and Cameristi Della Scala on 18 June will “carry the past into future” at Hagia Eirene with neoclassic Holberg Suite where Grieg adapted dances and styles of the previous century as well as Bach and Schubert.

Berlin Counterpoint Ensemble concert with the subheading “Time and Transformation” overlaps with this year’s theme of the festival.

Special commissions by the Festival

The world premiere of the work composed by the esteemed composer Kamran İnce for the festival will be on Wednesday, 19 June at Süreyya Opera House and will be performed by Berlin Counterpoint Ensemble. Berlin Counterpoint Ensemble, consisting of Zeynep Özsuca considered as one of today’s ‘great ensemble pianists’, Aaron Dan considered one of the most promising flutists of his generation, Yigal Kaminka considered as a great musician equally at home with baroque oboe and recorder as with modern oboe, Heidi Elizabeth Mockert sought after basoonist by several chamber orchestras, Sascha Rattle known for his unique tone in clarinette, and horn player Dániel Molnár performing regularly with many of Europe's top orchestras, will perform Nasreddin Hodja which is one of the most pleasant surprises of the festival.

Cello Concerto commissioned by Istanbul Music Festival with the Amsterdam Sinfonietta, the Amsterdam Cello Biennale, and Toronto Symphony Orchestra to Latvian composer Peteris Vasks will have its Turkey premiere. Amsterdam Sinfonietta performing at prominent concert halls in the world with selected artists will meet Sol Gabetta rising star of the classical music, to perform the Turkey premiere of this new work by Peteris Vasks on Tuesday, 25 June at Hagia Eirene Museum.

The festival will host Deutsche Kammerphilharmonie Bremen considered as one of world’s leading orchestras with its unique musical style on 14 and 15 June at Hagia Eirene Museum. Portuguese pianist Maria João Pires will be the soloist of the first concert to be conducted by internationally known Turkish conductor Alpaslan Ertüngealp. In the second concert, Deutsche Kammerphilharmonie Bremen under the baton of James Judd will accompany Vadim Repin who is among the most prominent violin virtuosos in the world.

Versatile artist Cihat Aşkın and Roby Lakatos the so-called “Devil’s Fiddler” will meet in Istanbul within the now classic “Festival Encounter” series. A unique feast of music composing of colourful worlds of Turkish and Gypsy music with interpretations of Aşkın and Lakatos waits for music lovers on 13 June at Hagia Eirene.

Another festival event coming forward is the concert by one of today’s greatest violists Kim Kashkashian and pianist Péter Nagy. The two musicians will perform a colourful range of music from Mozart variations by Beethoven to Armenian composer Komitas, who was born in 1869 in Kütahya. Kashkashian and Nagy will meet the festival audience on Wednesday, 26 June at a new festival venue, Surp Vortvots Vorodman Church.

Violin virtuoso Maxim Vengerov considered as one of the most prominent representatives of the Russian school is the guest of the final concert of the festival. Maxim Vengerov, who started playing violin at the age of five, was awarded with several prestigious awards including Grammy. Vengerov accompanied by the most important orchestras of the world and recorded the greatest works of the violin repertory. For the Closing Concert, a farewell to the fascinating atmosphere of the Hagia Eirene Museum until the next festival, Borusan Istanbul Philharmonic Orchestra conducted by Sascha Goetzel will accompany Vengerov on Saturday, 29 June. 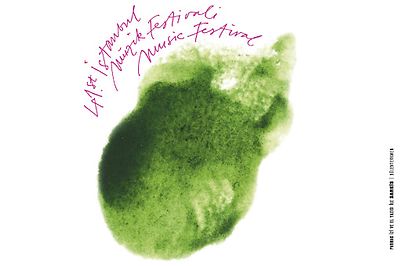