New on Festival Bytes: To Hack Or Not To Hack?

(By Jonathan May) “Hi. My name’s Jonathan and I’m Digital Producer at LIFT.” I’ve found myself saying this a lot in the last five months at meet ups in East London, talks, conferences, digital summits and of course Silicon Drinkabouts. Pleased as punch as I am with the work I do, I’ve also found this new job title a little problematic since my role changed at LIFT (the London International Festival of Theatre)… but we’ll come to that later.

I suppose it’s the ‘Digital’ part that’s somewhat misleading. That overly used word ‘digital’ always seems to suggest some kind of dichotomy; a separation between ‘digital’ and ‘analogue’ or ‘digital’ and ‘physical’ that’s outmoded and, as we all know, vaporising before our very eyes. Thinking ‘digital’ vs everything else out there is reminiscent of a past (and in some cases all too present) when digital is an afterthought and treated as a one-way channel or trendy add-on. Now that digital underpins nearly everything we do, it becomes next to meaningless as a descriptor.

However before I blog myself out of a job, the title Digital Producer means wholly something else in a small team running an arts festival like LIFT. As just 8 of us produce a pan-London festival of international artists to over 40,000 people, my new job role speaks to an organisation who are excited to explore the perpetual shift in how we interact and operate. An organisation that recognises that emerging technology and start-up culture is incubating talent and innovation in all kinds of exciting ways, having a fundamental impact on business and culture outside the tech scene. It’s become a big fascination for an arts festival with huge ambitions, and one of the most enjoyable parts of my job is the fact that I’m currently working to build links with London’s tech community, relationships with interesting digital artists and develop partnerships for some exciting projects for our next festival.

With little personal expertise in coding or web development, in truth I’m closer to a ‘Theatre’ Producer than ‘Digital’. And there lies the second problematic word of the hour. The word ‘theatre’ often brings connotations and references which don’t always describe best what we do. We’re passionate about communication, telling stories and offering extraordinary and intimate experiences to people. Waking Londoners with an orchestra of hot air balloons at dawn, using data on predicted rising sea-levels to create a public light sculpture, or taking a one-on-one adventure through the backstreets of Camden may not seem like everyone’s definition of theatre, but for us it’s just as important as sitting passively in the dark for eight hours immersing yourself in every-single-word of a literary masterpiece like The Great Gatsby (…yeah, we did that one too).

The way technology interconnects us, the way it brings people closer, encourages participation, allows you to interact with the very fabric of a city like London is in LIFT’s DNA, and digital culture is one of the most fertile, unexpected and under explored areas for that. We want to explore that crossover between art and technology; how they influence each other and cross-pollinate ideas. It’s because we’re passionate about theatre and performance that we are so excited by new technologies. It’s why my new job role exists, to meet developers and coders who understand and can re-imagine what is possible when you combine tech, culture, the urge to communicate and articulate and have London as your playground. And the best people to re-imagine the city and our experience of each other have always been artists and creative people. For me the only way to do this in a meaningful way is to bring these kinds of people into collaboration, which is why hack culture is so exciting to arts organisations: it allows artists and creative tech people to play, to re-imagine and to collaborate.

I’m currently organising LIFT’s first Festival Hack, where we’re really excited to see what happens when some of our artists and a bunch of incredibly talented developers come together to re-imagine what a festival all about experiences can be in a digital age. And I guess that’s the role of a ‘Digital Producer’, to create the space and opportunity for deviously creative minds to help us re-invent what we know about ourselves, each other and the space around us.

(From the EFA Blog Festival Bytes; written by Jonathan May, Digital Producer LIFT, the London International Festival of Theatre) 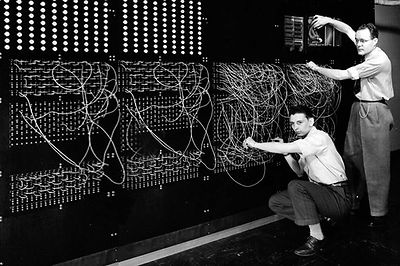