The seventh Atelier for Young Festival Managers, initiated by the European Festivals Association (EFA), will take place from 3 to 10 April 2014 in the festival city Edinburgh, UK, in collaboration with the Edinburgh International Festival. The new generation of artistic festival directors worldwide is invited to apply until 30 June 2013. 10 renowned festival directors will guide participants through the 7-day intense training programme by making use of the dynamic and lively Scottish cultural life.

The Atelier allows for an exchange between 45 emerging festival managers and 10 distinguished festival directors from all over the world, well selected, renowned festival pioneers attending for at least two full days. Have a look at the list of presenters of previous Ateliers.

In lectures, one-to-one talks, group discussions as well as intense workshops on case studies, issues such as artistic vision, political and social responsibility, internationalisation, networking, renewal and sustainability are explored. Moreover, the lively festival scene of Edinburgh will be introduced: Participants will meet professionals and artists from the Scottish cultural sector in different sessions, visit a series of cultural venues, and see artistic performances. Festival life in Edinburgh is characterised by its diversity: it includes various performing arts festivals, a science festival, literature festivals, visual art festivals, and even a tattoo festival. The beautiful and well preserved historic town will be the perfect backdrop for the Atelier EDINBURGH 2014, a unique setting which the Atelier’s participants will be able to discover.

Edinburgh, the capital of Scotland, is the largest city by area and the second largest by population in the country. The city was one of the historical major centres of the Enlightenment, led by the University of Edinburgh. The Old Town and New Town districts of Edinburgh were listed as a UNESCO World Heritage Site in 1995 in recognition of the unique character of the Medieval Old Town and the planned Georgian New Town. 12 major festivals take place annually in the Festival City Edinburgh. The number of visitors attracted to Edinburgh for the Festivals is roughly equal to the settled population of the city.

Every August, the Edinburgh International Festival transforms one of the world's most beautiful cities, presenting three exhilarating weeks of the finest creators and performers from the world of the arts - for everyone. The Edinburgh International Festival has been connecting audiences and artists for over 60 years. Founded in 1947, the Festival grew out of the rubble of the Second World War with the aim of providing a platform for the flowering of the human spirit. This belief in the power of the arts to nurture and transform lies at the heart of the Festival's mission still today.

“We are very much looking forward to hosting some of the most talented festival managers of the future in Edinburgh in 2014. As one of the world’s leading festival cities and a cultural destination year round, Edinburgh provides the perfect backdrop against which to explore aspects of festival management, potential future challenges and opportunities, and an ideal setting in which to make connections with a range of globally active cultural contributors who will help shape our shared future.”
Jonathan Mills, Festival Director, Edinburgh International Festival

All information on the Atelier, selection criteria and application procedure can be found in the Call for Application. The Application Form has to be submitted until 30 June 2013:

Mission of the Atelier

The Atelier – organised by The Festival Academy, an initiative of the European Festivals Association - is guided by the motto “The true role of a festival is to help artists to dare, to engage in new projects,” borrowed from Bernard Faivre d'Arcier, longstanding Director of the Avignon Festival and President of the Lyon Biennial (France). It is an intense and rigorous 7-day training platform addressed at emerging artistic festival directors or those who have ambitions to become involved in programming or in programming related departments within a festival. It is all about formulating and passing on experiences to a next generation of festival makers: knowledge about programming a festival, thematically focusing on the very essence of arts festivals: the art and the artist.

Join us on Facebook (Atelier for Young Festival Managers and EFA) and on Twitter. Latest news, documents, and all information related to the Atelier can be followed at www.atelierforyoungfestivalmanagers.eu. In case of further questions please contact atelier@efa-aef.eu or call +32 9 241 8080. 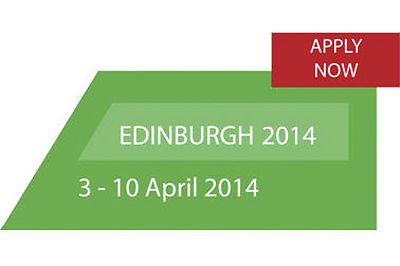