“The mobilisation of citizens in many cities all over Turkey shows a great need for debate on the concept and the implementation of democracy, pluralism and citizenship in the country. EFA hopes that the result will be positive and supports its members in their actions. This is just one instance of a global trend that shows us new tools and concepts are needed to bring contemporary democratic values to life,” says EFA President Darko Brlek. The European Festivals Association (EFA), together with its members and partners such as the European House for Culture or A Soul for Europe, is continuously working on the role culture has to play in this process.

“The ongoing clashes at Istanbul’s Gezi Park have affected the arts and culture scene in Turkey, with many events, concerts and art gallery openings cancelled or postponed,” wrote the Hürriyet Daily News (6 June).

Due to the current climate of heightened social sensitivity in Istanbul, the Istanbul Music Festival decided to cancel its opening ceremony, and postponed the opening concert from 4 June to 9 June. All other concerts are being held as planned. On behalf of the Festival, Director Yesim Gürer Oymak, thanks all colleagues from different festivals, managers, artists, orchestras and ensembles from around the world, who sent encouraging messages in support of the festival.

On behalf of the International Izmir Festival, Filiz Eczacıbaşı Sarper, Executive Board President, also thanks everybody who supports the festival and believes that the arts are the stage where people can unite the dreams of peace and solidarity. The Izmir Foundation for Culture and Arts (IKSEV) will carry on its tradition of presenting the best orchestras of the world at the International Izmir Festival which currently runs for the 27th time (2 May-16 July 2013). 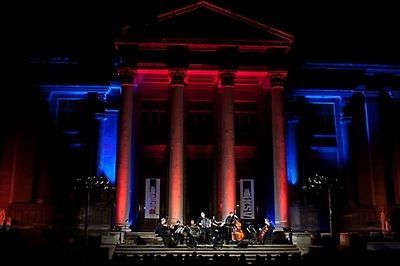