The best of the world at the International Izmir Festival

The Izmir Foundation for Culture and Arts (IKSEV) is carrying on its tradition of presenting the best orchestras of the world at the International Izmir Festival, as the New York Philharmonic opened the 27th edition of Festival running from 2 May until 16 July 2013. The New York Philharmonic which is the oldest orchestra of the US started its 2013 Europe/Spring Tour from Izmir.

In its concert in Izmir, the New York Philharmonic Orchestra accompanied Emanuel Ax, who is recognised as one of the best pianists worldwide, under the baton of Music Director Alan Gilbert, who is one of the most creative conductors of our era. In the concert on 2 May 2013, Ax performed one of the worldwide acclaimed Mozart interpretations, his piano concerto no.25. In the second part, the Orchestra played Bruckner’s Symphony No.3 he dedicated to Wagner.

After the Festival’s Exclusive Concert on 2 May, the Izmir State Opera and Ballet (which celebrates its 30th anniversary this year) opened the Festival with a concert on 6 June in the extraordinary atmosphere of the Ephesus Antique Theater. Estimable soloists, orchestra and chorus of IZDOB presented a distinguished programme in the Gala Concert organised this year for Verdi and Wagner whose 200th anniversaries of birth is celebrated worldwide.

The International Izmir Festival has been reaching an audience expressed in millions over the past 27 years and has been proudly providing opportunities to numerous world renowned artists to perform at unique historical venues.

As a festival of great prestige and high artistic standards, it has been organised in Izmir, a city located on the Aegean Coast and right in the middle of several historical places of Turkey. Izmir, known as the cradle of civilization, motherland of Epic poet Homer and famous philosopher Heraclitus, is a 8000-year old city where the festival has mingled art and history.

The Izmir Foundation for Culture Arts and Education, organiser of the International Izmir Festival, was built under the leadership of Dr. Nejat F. Eczacıbaşı, based on the vision to shape the future, to make dreams come true, to turn experiences into innovations and to serve humanity. Non-profit, non-governmental and non-political, the Foundation aims to support, create, protect and preserve culture and the arts. 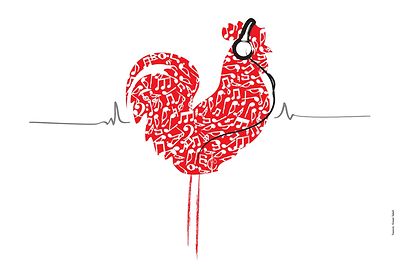