Naseem Khan: LIFT was a very new sort of arrival on the festivals scene. Can we explore how it all started — what fed the idea? Let’s go back to the days when the two of you first met, as students at Warwick University; I imagine you were both studying theatre?

Lucy Neal: I did English and Italian in fact. It had never occurred to me to study theatre because I’d always had theatre in my life. My mother taught drama and was constantly directing a play, so my childhood was immersed in that. But all my theatre activity was extra-curricular at university and fairly dominant for all the four years I was there. Rose Fenton: I was studying Theatre, English, and Italian. I had deliberately chosen Warwick because of its emphasis on languages and its international outlook. As someone who had spent a lot of my childhood travelling and living in Europe, I was becoming increasingly aware of a “Little England” attitude around me. So Warwick provided exactly the kind of oxygen I needed.

Naseem: It sounds as if Warwick was instrumental in shaping what LIFT turned out to be, a few years later.

Lucy: Yes, it broadened our ideas about what theatre could be because of all the experimental touring groups that came to Warwick’s Arts Centre at that time. We had Pip Simmons, The People Show and the London International Mime Festival, Joint Stock that was started by Max Stafford-Clark, Ballet Rambert too and Hull Truck shows. I remember being completely pulled in, and thinking, “This is my world! This is what I am part of!” We could have been at the centre of a little theatre metropolis at Warwick. It was a very key blessing of the time.

Rose Fenton: We would often talk to companies in the bar afterwards, many of whom would tell us about the artists they would meet on their international tours, making work which inspired them — work that we longed to see.

Lucy: And then in 1978 we took part in a student theatre festival in Coimbra, Portugal, and we saw for ourselves what was going on in mainland Europe, and wanted to share it with people back home. Seeing how the festival was put together gave us the idea to create a festival ourselves.

Rose: As soon as we left University we started to make the idea happen, asking for advice, researching possibilities. We had quite a clear sense of the energy that a festival implied — something very dynamic, with artists coming together, with shows to be seen and debates. There would be engagement and interaction between the public and the artists, which would give it a buzz, an urgency and, we thought, a strong identity. It simply did not exist; that kind of gathering, at that time, in Britain. Of course there had been the Peter Daubeny World Theatre Seasons in the 60’s and 70’s, and there was the Edinburgh Festival but these were more formal affairs. We wanted to find the spirit of those post-‘68 gatherings — such as the Nancy Festival or the Festival of Fools in Amsterdam — where people felt that theatre was a force to debate, challenge and change society. Really, we wanted to do two things: to provide a window on the world through theatre — where people could really understand what was happening for the younger generation in countries across the world. And secondly, to challenge the received British notion of what theatre is — what forms it could take, where it could take place and who could be part of it. And we wanted to put those considerations within a framework of intense encounter and celebration. We wanted to make people step out of their normal patterns of behaviour — to give them a jolt, a spark of provocation and delight, with delight being as important as provocation.

Lucy: The first thing that we had to do was to get out and travel and see as much as we possibly could. In 1980, we managed to raise the money to go to a student theatre festival in Lublin, in southern Poland. Solidarnosc was coming up and we found ourselves in the depth of social change, with political upheaval at every level. To watch theatre at such a time, to recognise that the theatre was a space for voicing so much of what was at stake for society…!

In the interview, that was conducated by writer and policy consultant Naseem Khan, they continue to talk about LIFT itself: their programming choices, aesthetic preferences, and some highlights of the programmation.

Today, Rose is the director of Free Word in London, an international centre promoting literature, literacy and free expression. For many years she has been collaborating with EFA, for example as a presenter at the Atelier for Young Festival Managers. Lucy is an independent producer artist, educator and writer, and the co-chair of Transition Town Tooting, a community-led initiative that seeks to raise awareness locally of the effects of climate change and the impact of human activities on the environment.

The full interview under the title “A temporary utopian space” is available in EFA BOOKS 5 “Inside/Insight Festivals. 9 Festival Directors – 9 Stories” published by the European Festivals Association, the umbrella organisation for festivals across Europe and beyond, and co-produced with CultureLink Singapore, a multi-dimensional arts management and consulting agency. In “Inside/Insight Festivals” nine renowned festival directors from all over the world – Robyn Archer, Serina Chen, Rose Fenton, Ching-Lee Goh, Frie Leysen, Lucy Neal, Maria Magdalena Schwaegermann, Thorunn Sigurdardottir and Carla van Zon – share their insights into festival making in the past decades and invite for a journey of artistic and thought-provoking encounters around the globe. The publication is available on the EFA eShop. 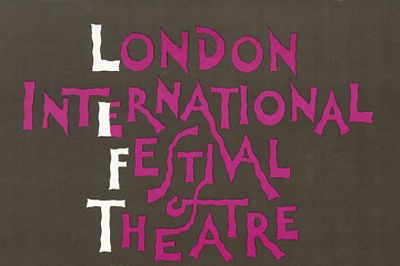