The Asia-Europe Foundation (ASEF), and its partners Arts Network Asia (ANA) and the European network Trans Europe Halles (TEH), are jointly launching the call for proposals of Creative Encounters: Cultural Partnerships between Asia and Europe. Simultaneously, ASEF is also launching the call for proposals of its new initiative ASEF Creative Networks.

Both initiatives aim to reinforce Asia-Europe exchanges and deepen mutual understanding between cultural communities in the two regions by enhancing the mobility of artists and cultural professionals, and by encouraging creative collaborations.

Organisations and networks are invited to submit multilateral activities that engage as many partners and participants from the 49 member countries of the Asia-Europe Meeting (ASEM) and reflect the cultural diversity of the two regions. Proposals may come from any artistic discipline and must take place between 1 January 2014 and 30 November 2014. The submission deadline for both calls is 15 August 2013.

Consult the ASEF website for more information on Creative Encounters and ASEF Creative Networks including submission guidelines and criteria. 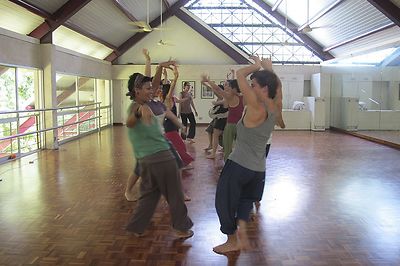