As with the first two editions, the delegates of Classical:NEXT can participate in the programming of the classical music forum for 2014. Until Friday, 13 September professionals worldwide are called upon to suggest outstanding artists and classical music projects as well as future-oriented topics and interactive conference formats.

The professionals forum for classical and art music has yet again received excellent feedback on their 2013 edition in Vienna this May, including an online survey distributed to all delegates in which 95 percent stated that they intend to come back in 2014 and would highly recommend the event to colleagues. Classical:NEXT Director Jennifer Dautermann hence adheres to the concept of an open platform: “We strive to have as much involvement as possible from the international classical community. After all, they know best what is needed, who the artists are to watch and which trends look most promising.”

An independent jury of international experts will guarantee a neutral and balanced selection of the best proposals. Jury members will be announced in the following days. Submissions deadline is 13 September this year, proposals can be submitted in three categories:

Short live performances in which the selected soloists and ensembles present their concert repertoire to the delegates in Vienna. A focus lies on unorthodox approaches that, for instance, play with multimedia, actively involve the audience or stand out in other ways from the known classical music programming.

9-minute video presentations give more complex projects and big ensembles the chance to showcase themselves to the international presenters and producers, as well as giving delegates an overview of the inspiring variety of classical music projects today in a short amount of time.

Proposals for the Classical:NEXT conference may address a broad range of topics – from live to recorded and digital, from artistic developments and programming to future financing models and new PR technologies. Interactive formats, in which all participants can weigh in their professional knowledge, are especially welcome. The aim is for the delegates to broaden their network as well as take home individual ideas and advice. The successful mentoring programme will also be continued in 2014.

The programme of Classical:NEXT 2013 has also been selected from community proposals.

Classical:NEXT is an international professionals’ forum for all sectors of the classical music industry. The networking event includes an expo and a conference, as well as showcase concerts and video screenings. Classical:NEXT, is initiated by CLASS - Association of Classical Independents in Germany eV (www.class-germany.de), and produced by piranha WOMEX, who have been running the music fair WOMEX - the world music expo - annually since 1994 (www.womex.com). Local partners are ClassicalPartners Vienna (Mario Rossori, Heinrich Schläfer and Frank Stahmer). 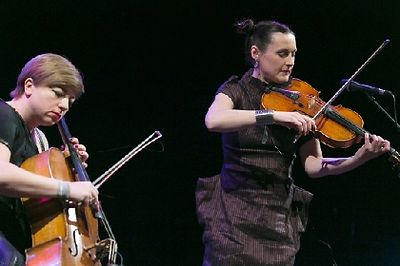