[By Irma de Jong] The world is in the midst of a big generational shift. Four generations with different attitudes and backgrounds will need to work together. Enormous contrasts in accessing and sharing information will have to be overcome, or at least be understood. This affects all of our present systems in the music industry; the musicians, the audiences, management and everyone else involved.

Last year I read an article by Norman Lebrecht about the latest trend in the music industry of engaging young conductors. This article, called ‘The Podium Revolution’, describes how we, according to Mr. Lebrecht, are ‘in the thick of a podium revolution, the most radical and progressive upheaval in two generations’. Mr. Lebrecht got it right. However, it does not only involve two generations, but four.

For three years I’ve been following the articles, workshops and books of Dr. Aart C. Bontekoning, a Dutch professor who has researched the subject of ‘Generations’ and has studied the different generations for many years. One of the biggest revolutions evolving is the difference in absorbing and sharing information between the generations. Young people are heavily involved in their social media networks, share very easily and – often according to the older generations – are very open about their lives and privacy (if the latter still exists for them) and the speed of their communication is sometimes hard to follow.

Let’s have a quick look at the four generations*:

(*The dates for each generation vary slightly in the literature. Generally, Baby Boomers are considered to be those born up until the early 1960s. The dates used for the generations are taken from Dr. Aart C. Bontekoning’s research and might appear to be different from what is usually accepted.)

Now put those four generations all together in any orchestra and have a person from the Pragmatic Generation or a Screensaver male/female lead them. Interesting right? Have a look at how the management of a traditional orchestra is structured. Most likely you’ll find a Baby Boomer at the top, surrounded by some of the Pragmatic and Generation X people. Probably they’ll have some Screensavers working in their marketing, website and social media department.

Take any artists’ management agency or organisation that is still led by a Baby Boomer and try to convince him/her about the necessity of communication tools like Twitter, Facebook, You Tube and Spotify, where he/she is used to picking up phones to arrange concerts for his/her artists, or is used to meeting the promoters personally.

Think about the audiences and all the extra effort needed today in order to reach each segment of the audience with the right tools. Did you ever try to send a brochure to a Screensaver or a text message to a Baby Boomer? What generation do you think will still look at a flyer or poster in two years time? Why would you organise a press conference if the news has been tweeted the night before? And how do we keep the younger generations interested in visiting traditional concerts where their smart phones must be switched off and they are not allowed to film (read share)? In my view these aspects are still very much neglected in the music industry.

I experienced an interesting situation last year while attending a conference. A part of the programme was a panel discussion. We had the luxury of WiFi in the hall (not always the case, but a ‘must’ nowadays like water and coffee). The younger generation started to use their smart-phones and laptops so that they could be interactive online at the same time. After the session, the next topic was announced by a Baby Boomer, who said in a very disturbed way that ‘he hoped that the audience would be more attentive than in the last session, since he had noticed that it had probably been not interesting enough, because some of the audience paid more attention to their laptops and smart phones than to the panel discussion.’

That was a different generational point of view. The young people looked at him like ‘what are you talking about?’ since doing many things at the same time is quite normal to them; whereas the older generation still feels that ‘you can only do one thing properly at the same time’.

Of course I am painting a general picture. I am sure there are exceptions to the rule, but usually there is a low awareness of these differences in generations and of how to approach each generation in a meaningful way. Very little discussion has been started.

I think it is an absolute necessity that organisations in the art and music industry start to realise what these generational differences mean and represent for a future that is already challenging enough due to shifting perspectives and difficult economies worldwide.

We should start to work together in a way where we really share and respect opinions and try to give a place to each one of us. Old structures can be re-used, refreshed or replaced, but we must be aware of the present environment that we live in. Let’s give a voice to the younger generation, give respect to the older generation and have Generation X and the Pragmatic Generation figure out how to merge all of this. 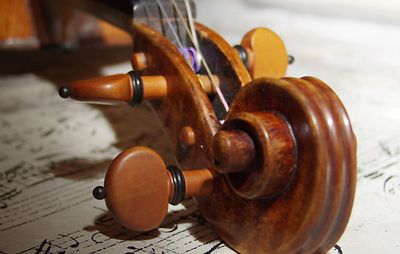