With something approaching shock I realise that it is 41 years since I first went to the Edinburgh Festival – it was my treat for finishing my exams at school and I spent a week there taking in as much music as I could. Most of all I remember an astonishing performance of Brahms’ Requiem conducted by Barenboim. I went with my school friend James Robbins (now Diplomatic Editor of the BBC) to recitals in the Freemason’s Hall in the mornings, opera in the King’s Theatre and the big orchestral concerts in the Usher Hall. The fringe existed but it was small and truly a fringe – mainly student groups bringing plays to a couple of church halls and some rooms along the High Street. It was barely noticeable and I don’t think we went to anything. Read the full blog by Simon Mundy on Festival Bytes. 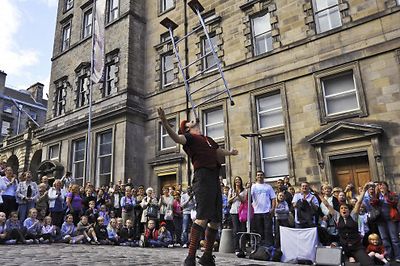