Stop Press first. Juan Diego Florez has just sung his first Arnold in Guillaume Tell at the Rossini Opera Festival in Pesaro. Everyone wants to know how he delivered himself of the misleadingly termed, chest high Cs in the final cabaletta. The short answer is -like he delivers himself of everything else: rather easily. Two wonders lie at the roots of the Florez art. The first is the most magnificent physiological makeup of his voice. The second is the immaculate technique which services his natural gift. And it is an ever expanding technique. The voice tonight sounds much bigger than it has ever done. But the mechanisms are well oiled. The support is just as solid as it always was. And just as relaxed. A bigger voice, yes. But the song remains as natural as breathing in its delivery. I have no doubt that he could sing Tristan if he chose to. But I rather hope he won’t. Read the full blog by Jack Buckley on Festival Bytes. 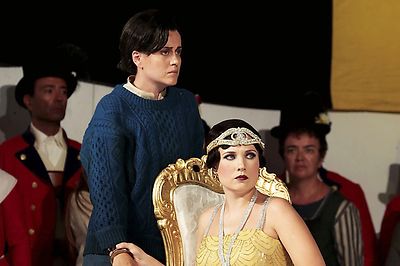