It needn’t be this way! Berliner Festspiele kicks off new talk series

Structural change, debt ceilings and the sudden death of culture: Alarm signals are firing on all fronts. The German culture scene is in a visible transition phase, and it will become increasingly more dramatic over the coming years. This is why the message of the moment is: act, don’t react, don’t drift along with the changes in the political scene, don’t just stare at ever-shrinking cultural budgets or stir up the independent scene against institutions. Instead, deal with the situation creatively, without tacitly accepting budget cuts. This event series does not focus on specific budget problems: rather, it is an attempt to formulate a comprehensive change instead of hold crisis talks.

To get a discussion moving on the subjects of cultural funding, cultural politics and cultural production in the coming years, the Berliner Festspiele are encouraging an exploration of inspiring and sometimes shocking examples from neighbouring countries: How are political processes, institutions and artists as well as production processes organised in Benelux countries, in Finland or Great Britain? In short, in countries that have already experienced a structural change similar to the one Germany is now going through, who stand for or propagate new models or a different definition of culture. There is a hope that learning from others will be seized as an opportunity.

The talks are aimed at cultural politicians, budget planners, artistic directors, supporting institutions and, of course, artists and producers.

For more information on speakers and for programme updates, please visit the website of the Berliner Festspiele. 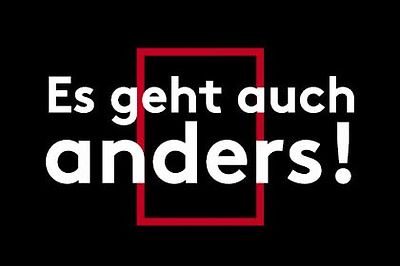