Berlin, 13 November 2013 – The enthusiasm, passion and youthful freshness of the countries surrounding the Baltic Sea will unleash its own, special energy on 22 January 2014 at the Philharmonie in Berlin. Under the motto “Feel the Energy”, the Baltic Youth Philharmonic, an orchestra which has already acquired an excellent reputation on its concert tours throughout Europe within only a few years, will fill this tradition-steeped concert hall with its very own sound.

A multi-national enterprise, the young orchestra unites not only some of the most talented music students aged 18 to 30, but also the diverse musical cultures of the states surrounding the Baltic Sea. In cooperation with Young Euro Classic, the orchestra makes its debut at the Philharmonie in Berlin. Having launched its last concert tour with celebrated appearances in Moscow and Kaliningrad, the ensemble presents a “German-Russian Voyage” in January. These two countries have also contributed the largest groups of musicians to the orchestra in the 2013-14 season.

The concert unfolds under the baton of Kristjan Järvi, one of the most dynamic conductors of our times, applauded by the New York Times as “a kinetic force on the podium”. The Estonian-born American stands for artistic diversity and has long established a prominent presence on the world’s major stages. In Germany he appears regularly – especially since taking on the position of Chief Conductor of the MDR Symphony Orchestra in 2012. Furthermore, two high-carat soloists emphasize the evening’s German-Russian connections: violinist Julia Fischer and pianist Denis Matsuev. The Russian pianist first came to worldwide attention when he won the International Tchaikovsky Competition in Moscow in 1998. Julia Fischer, on the other hand, has become one of Berlin’s audience favorites since her engagement as Artist in Residence at the Konzerthaus during the 2012-13 season, making regular appearances here while also pursuing a career worldwide. The program also builds a bridge between the two countries: Sergei Prokofiev’s Piano Concerto No. 1 and Johann Sebastian Bach’s Concerto for Violin and Orchestra in A-Minor will be framed by works by Richard Strauss and Alexander Scriabin.

The concert is presented by Gazprom Germania and Wintershall and organized by the Baltic Music Education Foundation e.V. in close cooperation with Young Euro Classic. The Baltic Youth Philharmonic was founded in 2008 as a joint initiative of the Usedom Music Festival and Nord Stream AG. Since then the Baltic Youth Philharmonic has given concerts in all the capital cities of the Baltic Sea States, appeared in Merano, Milan and Venice, and has also performed at festivals like the Schleswig-Holstein Music Festival, the Usedom Music Festival and Young Euro Classic.

Tickets for the concert, priced at 16 €, go on sale starting immediately.

Further information: The Baltic Youth Philharmonic is a joint initiative of the Baltic Music Education Foundation e.V. in close cooperation with the Usedom Music Festival and Nord Stream AG. The sound of the Baltic Sea has been heard since 1994 on the island of Usedom. Every year in late summer, the Usedom Music Festival devotes itself to the cultural region around the Baltic Sea. It has already presented music scenes from Russia, Poland, the Baltic States, Finland, Sweden, Norway, Denmark and what was formerly Prussia. Soloists such as Mstislav Rostropovich, Gidon Kremer, Olli Mustonen, Nina Stemme, Bo Skovhus, Jan Garbarek and the Esbjörn Svensson Trio have enthralled their audiences. The Peenemünde Concerts, frequently featuring the NDR Symphony Orchestra, are among the highlights of the almost 40 events presented by the Festival each year. From September 21 to October 12, 2012, the musical and cultural life of Estonia will be the focus of events. www.usedomer-musikfestival.de

Nord Stream AG is fully aware of its environmental, economic and social responsibility. This means creating sustainable development in the energy sector as well as making an essential contribution to society, the environment and culture in the Baltic Sea region. Nord Stream coinitiated and sponsors the Baltic Youth Philharmonic. The company is an international joint venture established for the planning, construction and subsequent operation of a natural gas pipeline to link Russia and the European Union via the Baltic Sea. www.nord-stream.com

Berlin-based GAZPROM Germania GmbH is a subsidiary of the world’s largest natural gas producer, Moscow-based GAZPROM. GAZPROM Germania works to promote numerous projects in the areas of education, art, and culture and sports, all under the slogan “Energy Unites People”. Since its establishment in 1990, GAZPROM Germania has developed into an internationally operating group of around 40 companies in over 20 countries in Europe, Asia, and North America. Its main business activities include the storage and trading of natural gas and marketing natural gas for transport. It employs around 1200 employees, 200 of which work at its Berlin headquarters. Together with its strategic partners, GAZPROM Germania helps ensure a reliable, environmentally-friendly, and sustainable energy supply for Europe. www.gazprom-germania.de

Wintershall Holding GmbH, based in Kassel, Germany, is a wholly-owned subsidiary of BASF in Ludwigshafen. The company has been active in the exploration and production of crude oil and natural gas for over 80 years. Wintershall focuses on selected core regions, where the company has built up a high level of regional and technological expertise. These are Europe, North Africa, South America, as well as Russia and the Caspian Sea region. In addition, these operations are complemented by the company’s growing exploration activities in the Arabian Gulf. Today, the company employs more than 2,000 staff worldwide from 40 nations and is now Germany’s largest crude oil and natural gas producer. www.wintershall.com

Young Euro Classic has established a glowing reputation as a festival of the world's best youth orchestras and takes place every summer in Berlin. We can look forward to a double dose in 2014 with: Young Euro Classic Times Two! The festival will begin in June with five days of concerts at the Berlin Philharmonic, and 10 days of Young Euro Classic at the Admiralspalast in August. Since the year 2007, the Young Euro Classic Orchestra has regularly performed at official German events abroad, for example at the inauguration of special 'Germany Years' in host countries China, India, Japan, Russia and Brazil. www.young-euro-classic.de 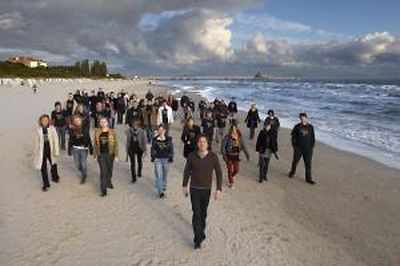