Is Europe in a crisis of values? Does the continuous erosion of trust in our democratic infrastructure require that we define new values or do we have to ask ourselves if we do not practice the values we preach worldwide? These fundamental questions are very often avoided in the debate on Europe but the discussion cannot be delayed any more. The Amsterdam Conversation on Europe by Felix Meritis is a yearly event dedicated to serious and deep discussions on contemporary burning issues affecting our society and Europe. The focus of this year’s event on 29 November will be: how can we overcome the growing loss of trust in our democratic infrastructure and what Europe we want in the future? Speakers include Paul Scheffer (writer, Professor of European Studies, Tilburg University), Robert Menasse (writer, author of “Der Europäische Landbote”), Ivan Krastev (political scientist, author of In Mistrust We Trust), and Kathrin Deventer (Secretary General European Festivals Association).

A lot has been said and written about the European Union: its crisis which some argue is actually part of a global transition, its democratic deficit, the banking union, and a federal Europe vs. less Europe and more national states' power. However all we read, watch and hear is mainly focused on practical and technical - often short-term - issues instead of on visions about what kind future we want for Europe. Much is discussed in terms of functionality, little is discussed in terms of purpose, value and vision.

The event will be opened by a lecture from Ivan Krastev (political scientist and author of the TED book In Mistrust We Trust). He will shed light on the causes and effects of the current loss of trust not only in Europe but in the whole world. The lecture will be followed by a discussion with Kathrin Deventer, Secretary General of the European Festivals Association (EFA) and an open debate with the public. Afterwards there will be four "hands on" workshops where the participants are invited to actively discuss, reflect and prepare for action on various aspects of citizenship at the local, national and European level.

This public debate is featuring Paul Scheffer (writer and professor of European Studies, Tilburg University) and Robert Menasse (writer and author of the book Der Europäische Landbote recently translated in Dutch De Europese Koerier). They will share their visions and confront them with the public in an open discussion. Paul Scheffer will also present an essay specifically written for the Amsterdam Conversation on Europe 2013.

More information about the programme, registration and more is available on Felix Meritis’ website.

The Amsterdam Conversations on Europe 2013 is part of the series Conversations on Europe in Berlin, Brussels, London, Sofia, Lyon, Amsterdam and many other cities across Europe. The series is organised within the Cultural Coalition for a Citizens' Europe and it aimed at sharing new visions for Europe, triggering further thinking and proposing actions to contribute to the shaping of a citizens' Europe. Through lectures, discussions, workshops and debates, citizens (including politicians, intellectuals and civil society leaders) come together to shape the future of Europe.

Organiser and partners: A Soul for Europe, Felix Meritis, Time to Talk, DIA - Duitsland Instituut Amsterdam-University of Amsterdam, European House for Culture, Stiftung Zukunft Berlin, The Amsterdam-Maastricht Summer University and the partners of the Cultural Coalition for a Citizens' Europe. 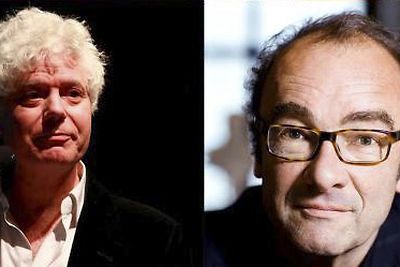