The “Netzkultur” (Net Culture) conference is a new event format by the Berliner Festspiele in cooperation with the Federal Agency for Civic Education. On three Saturdays in November 2013, as well as January and February 2014, workshops, discussion, lectures and concerts will be organised at the Haus der Berliner Festspiele to discuss aspects of how the reality of our lives has been changed by the digital era.

The conference sees itself in its essence as the defender of a net utopia that has become lost in this age of data scandals, issues of net neutrality and censorship. It has become almost impossible to avoid the net and it is therefore all the more important to rise to its challenges, understand how it works and be a part of its design.

The Netzkultur events will present the cultural aspects of the digital political world using themes that everyone is faced with in everyday life: the security of data and data exchange, digital identities, and new types of political opinion-forming and organisation. The conference will explore the effects, opportunities and challenges of the “digital turn” for the art and cultural scenes. Both via and with the internet, subcultures are formed. It is a tool that artists may either reject or use.

SAT 30 November 2013, as of 13:00
Technology evolution – Where we come from
(Detailed programme information and Live Stream – German website) 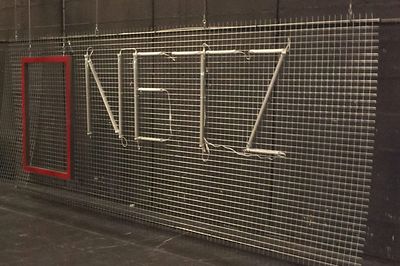