The International Canary Islands Music Festival reaches a long-held aspiration and celebrates its 30th anniversary from 10 January to 14 February 2014. The festival will open with concerts by the Chicago Symphony Orchestra, conducted by Maestro Riccardo Muti, in Gran Canaria on 10 and 11 January, and in Tenerife on 13 and 14 January.

The American orchestra will open the Cycle 2014, offering two different concerts in both two capital venues, highlighting the international projection of this event, where almost all the top names of the most renowned orchestras, conductors and soloists in the classical musical firmament have been present.

Chicago Symphony in the Canary Islands represents a milestone. This will be the biggest and greatest event in the musical sphere.

It’s important to mention that this achievement is a result of the common work of the Councils of Culture and Tourism of the Canary Government, pursuing the aim of setting the 30th Anniversary of the International Canary Islands Music Festival as a music reference in the international Festival schedules.

The Festival’s programme in its 30th birthday wants to reinforce the Festival’s position as one of the most significant Festivals of the Spanish and European scene, gaining more value due to the difficult economical situation. The presence of Chicago Symphony – one of the “greatest” that hadn’t already visited the festival – strengthens the importance of the renowned Festival. 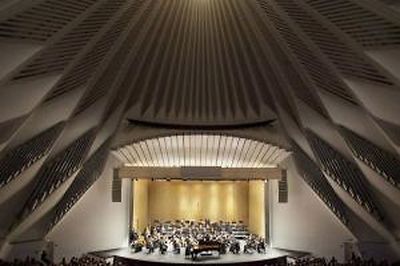