The next edition of the TBILISI INTERNATIONAL FESTIVAL OF THEATRE, one of the major international cultural events in Georgia and the Black Sea region, will take place in Tbilisi, Georgia from 19 September to 2 October 2014. After three successful years of the Programme NEW, the festival is opening up the doors to its 4th edition! Deadline for applications for participation: 20 April 2014.

The festival’s reputation has been built on the quality of its programme, with selected works of major international directors and companies from all over the world. This was the frame for the festival for first two years after its foundation. But in search of theatre and artists, that were beyond the festival’s focus and knowledge, it was decided to resize the frames, rethink the idea, and as a result a programme called “NEW” was introduced in 2011.

“NEW" is very popular now. Wonderful works and artists from Israel, Poland, Lithuania, Argentina, Romania, Germany, Finland, Russia, and India made the idea of NEW successful. The programme is announced every year with great anticipation of new works, discoveries and possibilities for festivals and for artists.

With the Programme “NEW”, the festival focuses on the work of innovative young, mid-career and emerging artists, and provides a platform to share work and artistic ideas. The festival promotes the idea of showcasing and exploring works and artists who have not yet been reached and exposed.

For participation in the Programme NEW you are invited to submit an application and a DVD of your suggested performance by 20 April 2014. Detailed information and the application form can be found here. 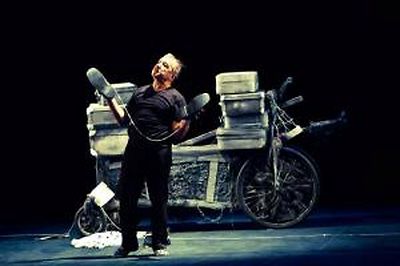