[Press release] Ticket sales and reservations for the 58th Menuhin Festival Gstaad have been in full swing since 1 February 2014! Over 50 concerts and events are planned in Saanenland between 17 July and 6 September 2014. The 16 concerts in the church in Saanen and the 7 concerts in the Festival Tent in Gstaad form the nucleus of the programme. More than 20 concerts will take place at the churches in Lauenen, Gsteig, Vers-l’église, Rougemont and Château d’Oex. A night concert in a hangar at the airfield in Saanen (with Patricia Kopatchinskaja) will take place for the first time this year, and other unique locations include once again the Botta Mountain Station at Glacier 3000, the Alpine Hut Les Ouges and the Workshop at Chaletbau Matti.

CEO and intendant Christoph Müller chose “Music in Motion” as the theme for the festival in 2014. Music that moves, whether in a journey, a hike, dancing or to contemplation. The first week of the festival is marked by a Wanderer-Cycle with captivating chamber music. Christian Zacharias, the world-famous pianist and conductor, is the artist in residence at the beginning of the festival and appears in a number of concerts. Other highlights include violinist Patricia Kopatchinskaja, pianist Khatia Buniatischvili, and Isabelle Faust, the favorite soloist of deceased condutor Claudio Abbado, who is appearing for the first time in Gstaad. And Winfried Toll will be leading the outstanding choir from Daejeon, South Korea, in two concerts in Zweisimmen and Saanen.

The Festival Tent will host concerts with two legendary orchestras: the London Symphony Orchestra and the Filarmonica della Scala Milano. Shooting star Daniel Harding is back, and conductor Antonio Pappano (the head conductor at Covent Garden London) will be making his debut in Gstaad. The appearance of Hollywood star Klaus Maria Brandauer is also sure to attract attention; he will narrate Mendelssohn’s A Midsummer Night’s Dream (after Shakespeare), assuming the role of the various characters in his unforgettable manner.

The festival’s own orchestra, the Gstaad Festival Orchestra, will not only perform under the direction of Neeme Järvi but will also play a central role for three weeks in the new “Gstaad Conducting Academy”, a unique opportunity for 17 young conductors to learn from the maestro and work with the orchestra. The only other comparable master class of this length and scope is in the USA. The Menuhin Festival Gstaad thus has scored a significant coup in comparison with other festivals in Switzerland and Europe. This Academy has been made possible through the support of the Canton of Berne, the Community of Saanen, and a number of contributors and foundations. All of the master classes at the various academies in Gstaad are open to the public. Up-to-date information can be found on the home pages of each of the academies as well as on the festival’s home page. 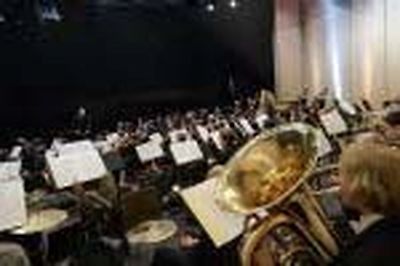