Joseph V. Melillo: “I realised my path was [...] enabling artists to do their work”

In the run-up to the Atelier for Young Festival Managers in Edinburgh from 3-10 April 2014, all presenters who will participate in the Atelier to exchange with 52 young artistic festival directors from all over the world will be introduced. One of them is Joseph V. Melillo, Executive Producer of the Brooklyn Academy of Music (BAM).

“After graduate school, I realised my path was not as a director but a producer, enabling artists to do their work. After producing a theatre festival in Miami, I was hired by Harvey Lichtenstein (BAM founding executive producer) to produce Next Wave and I never left. The early years gave me a tremendous education that broadened my perspectives in music and dance,” said Joseph V. Melillo in an interview with Elena Oumano in City Arts on 10 July 2012.

Joseph V. Melillo, executive producer since 1999, is responsible for the artistic direction of the Brooklyn Academy of Music (BAM), overseeing programming in all its performance spaces: Harvey Lichtenstein Theater, Howard Gilman Opera House, BAM Fisher, Rose Cinemas, and BAMcafé. He previously served as BAM’s producing director and founding director of the Next Wave Festival.

Over his 30 year tenure, Melillo has fostered the work of emerging and established artists, and forged numerous international partnerships including: The Bridge Project, a three-year series of international theatre engagements featuring a trans-Atlantic company of actors directed by Sam Mendes and produced by BAM, The Old Vic and Neal Street; and DanceMotion USA, a programme of the Bureau of Educational and Cultural Affairs of the US Department of State produced by BAM to showcase contemporary American dance abroad.

Melillo was recognised by the French government as a Chevalier (1999) and an Officier (2004) de L’ordre des Arts et des Lettres of France. In 2004, he was awarded an honorary OBE in Great Britain. Melillo was appointed Knight of the Royal Order of the Polar Star in 2007 and in 2012 he was named cultural ambassador for Taiwan. In May of 2012, Melillo was awarded an honorary Doctorate of Humane Letters from St. Francis College, Brooklyn, NY, and the Guadium Award from the Breukelein Institute. He is also on the U.S. Nominating Committee for the Praemium Imperiale, a global arts prize awarded annually by the Japan Art Association.

Melillo has served on the faculty of the Brooklyn College Graduate Program in Arts Management and on the boards of directors for the Association of Performing Arts Presenters and En Garde Arts. He is a lecturer at colleges and universities in the US and abroad. He currently serves as a member of the International Arts Advisory Committee for the Wexner Prize. 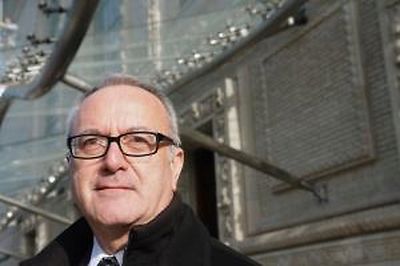