In the run-up to the Atelier for Young Festival Managers in Edinburgh from 3-10 April 2014, all presenters who will participate in the Atelier to exchange with 52 young artistic festival directors from all over the world will be introduced. One of them is Grace Lang, Programme Director of the Hong Kong Arts Festival Society. She previously participated in the Atelier SINGAPORE 2011.

“Beyond participation, the greater significance of a seminar lies in utilising the inspirations from the dialogues and exchanges in one’s performing arts business,” said Grace Lang in an interview with Beijing Youth Weekly Magazine in 2007.

Receiving her education in Hong Kong and the USA, Grace Lang obtained her Licentiate of the Royal Schools of Music in Piano Performance in Hong Kong and her BA (High Honours) degree from Wesleyan University where she studied liberal arts. Furthermore, she holds a Certificate in Arts Administration from University of Hong Kong and City University in London. In 1988, Grace Lang joined the Hong Kong Arts Festival, and in 1993, she was appointed the festival’s Programme Director.

Since the beginning of her career Ms Lang has initiated cultural co-productions with Germany, China, Japan and Korea. She co-produced the first Asian city project with Pina Bausch Tanztheater Wuppertal in 1997, ‘The Window-Washer’ which has toured all over the world. In 2014, she co-produced Pina’s 1974 production of ‘Gluck’s Iphigenia in Tauris’ in Hong Kong, introducing Hong Kong’s own orchestra and chorus on the same stage as the Company and international singers.

Grace Lang actively networks to promote performing arts business in China and Asia. She organised the Conference on the Business of Performing Arts, and in the 1990s brought many artists to China for the first time, including Robert Lepage, Robert Wilson and John Neumeier. In 2011, she realised, together with Leipzig Opera, their first-ever overseas tour with the Gewandhaus Orchestra and Riccardo Chailly, and Thomanerchor, and complemented that with a ‘cultural tour’ project in Hong Kong. Recently, she introduced the first stop of Trisha Brown’s farewell tour in Asia, bringing in eleven works of hers from 1973-2011 in indoor and outdoor venues.

In arts development, Grace Lang serves as Expert Adviser of the Arts Capacity Development Funding Scheme of the Hong Kong Government, and has served on the International Advisory Board (Dance) of Hans Christian Andersen 2005, Denmark, and the Trustee Board of ‘La Fondation des Artistes’ of the Consulat Général de France. She has guest-lectured at Chinese University of Hong Kong, University of Hong Kong and Hong Kong Academy for Performing Arts.

In 2013, Grace Lang was jury member of the European Opera-directing Prize and speaker at the European Platform for Performing Arts Exchange (EPPAX) in Amsterdam. She has held positions at Music Office (Hong Kong Government), Hong Kong Arts Centre, and Hong Kong Schools Music and Speech Association. In 2002, she was awarded the Medal of Honour by Hong Kong Administrative Region (HKSAR) in China. 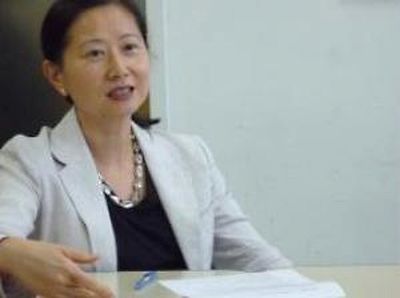