Many hills and buildings of all kind, partly hidden in mist. That’s the first impression of Sarajevo seen from the airplane. Once landed chaos rules. People have taken way too many suitcases, they are already packing while the plane is still hovering to its final position and the stewards are lost in translation. It will be fun in Sarajevo, that’s clear.

For many West-Europeans, Sarajevo is a blind dot. Everybody was talking about the city in 1984 (the Winter Olympics) and in the early nineties (the war Europe should be ashamed of in every possible sense). Not many know about the metamorphosis the city went through in the twenty years since. And it will probably go through many more changes during the next decades.

That is at least the wish of the first person I speak to once landed, taxi driver Selmir. He expresses pride while talking about his city, about the house of his grandfather in the hills, about the old town and the many religions and cultures living once again in reasonable peace with one another. He also talks about the war and about the demonstrations going on the last months. He complains about the lack of jobs and about the greediness and the narrow minded nationalism of the politicians. All these topics will pop up again and again in talks with young and proud citizens of this remarkable city. [...]

Read the full blog by Jelle Dierickx on Festival Bytes. 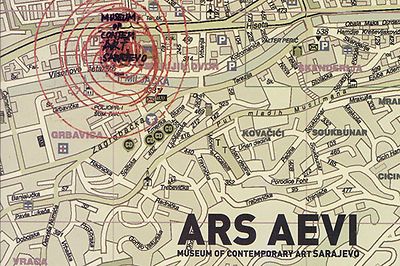