MusMA (Music Masters on Air), the European Broadcasting Festival, is an international initiative introduced in 2009-2010 by ten leading European festivals, all members of the European Festivals Association (EFA). The Turkish leg of MusMA is managed by Sevda-Cenap And Music Foundation (SCAMF), the organiser of the Ankara International Music Festival. The project is supported by the European Broadcasting Union (EBU), the Turkish Radio and Television Corporation (TRT) and the radios of nine countries that broadcast classical music.

The aim of the project is to support young composers and musicians, and promote them all over Europe. The project also targets classical music listeners to meet new voices and familiarise them with new genres.

To reach this aim, each festival every year commissions a young composer with a piece revolving in some way on a common theme that is determined for each year.

Each piece is then performed in at least five European festivals. This way, commissioned works can travel between festivals and the composers can reach to a broad international audience. The performances during the festivals are recorded by the radio and/or TV corporations of the related country and broadcast via EBU to a broad network, thus can also be listened to in countries that are not members of this project.

The composers and musicians selected for this project annually meet in one of the member countries for workshops and exchange of views. So far, workshops took place in Estoril in 2010, in Granada in 2011, in Ljubljana in 2012 and in Wroclaw in 2013. The MusMA V workshop will be held in Ankara from 24-26 April 2014, organised by the Sevda-Cenap and Music Foundation.

Within the framework of this project, the following works have been added to the Turkish Music repertory and promoted abroad: Siyah Kalem Dansı (Black Pencil Dance) composed for bağlama (folk instrument with three double strings), ney (reed flute) and electronic equipment by Mehmet Can Özer in 2010, Music for Piano by Fazlı Orhun Orhon in 2011, Hat (Calligraphy) for three percussionists by Onur Türkmen in 2012, Tanrının Dostları (Friends of God) composition based on the verses of Goethe and Hacı Bayram-ı Veli, for twelve voices by Yiğit Aydın in 2013. Can Bekir Bilir has been selected as the composer for MusMA V.

Sevda-Cenap and Music Foundation has realised this project during the first four years solely by using its own resources. SCA Music Foundation considers that the spirit of the project fits perfectly with its aims and its mission as laid down by the founders.

Thus: supporting Turkish composers/performers via commissioning of works and organising concerts; promoting the works of the Turkish composers abroad; enabling our musicians to establish contact with their foreign colleagues; enabling the audience in Turkey to discover new tunes and genres, are all considered within the principal elements of SCA Music Foundation’s aim to support this art form and promote it in the country.

More information on MusMA and the workshop programme in Ankara on 24-26 April 2014 can be found here. 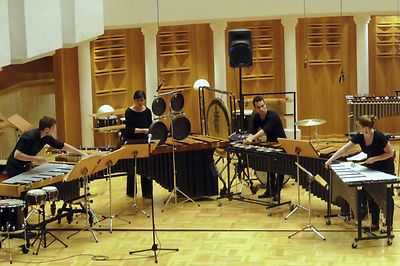