Heiner Goebbels: “My work needs no introduction. Either it works or it doesn't”

In the run-up to the Atelier for Young Festival Managers in Edinburgh from 3-10 April 2014, all presenters who will participate in the Atelier to exchange with 52 young artistic festival directors from all over the world will be introduced. One of them is Heiner Goebbels, Artistic Director of the International Festival of the Arts Ruhrtriennale.

“I think I found in a way my own aesthetic in the division of what we hear and what we see, starting my whole music-theatre biography by the fact of reflecting how else can a concert look than the way we’ve seen it over the last 300 years,” said Heiner Goebbels in an interview with Michael Dirvan in the Irish Times on 1 March 2013 entitled “I don’t think my work needs an introduction. Either it works or it doesn’t.”

The composer and director Heiner Goebbels (1952) belongs to the most important exponents of the contemporary music and theatre scene. He studied sociology and music and is living in Frankfurt/Main, Germany since 1972. His compositions for ensembles and big orchestras are performed worldwide as well as several of his music theatre works, radio works and staged concerts.

Among many others he collaborated with Asko Ensemble, Ensemble Modern, London Sinfonietta, Orchestra in the Age of Enlightenment and the Berlin Philharmonics (Sir Simon Rattle). Since the beginning of the 1990s he has directed unique music theatre works including: Ou bien le débarquement désastreux (1993), Black on White (1996), Max Black (1998), Eislermaterial (1998), Hashirigaki (2000), Landscape with distant relatives (2002), Eraritjaritjaka (2004), Stifters Dinge (2007), Songs of Wars I have seen (2007), I went to the House but did not enter (2008) and When the mountain changed its clothing (2012). Furthermore, he writes, gives lectures, and released several CDs.

He received many international record, radio, theatre and music awards. In 2012, he was awarded with the International Ibsen Award by the Norwegian Government and with an Honorary Doctorate by the Birmingham City University. He was a member of several academies of arts, Honorable Fellow at Dartington College of Arts and at the Central School of Speech and Drama in London. He was a Fellow at the Institute for Advanced Studies in Berlin from 2007 to 2008, and in 2010 he was artist in residence at the Cornell University, Ithaca, USA.

Since 1999, Heiner Goebbels has been Professor at the Institute for Applied Theatre Studies of the Justus-Liebig Universität Gießen, and since 2006, he has been President of the Theatre Academy of Hesse. Currently, he is Artistic Director of the International Festival of the Arts Ruhrtriennale (2012-2014). 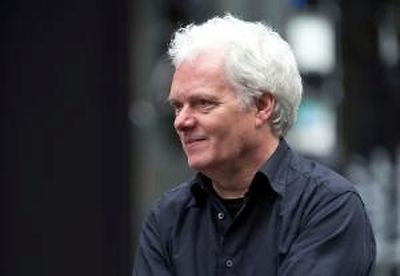