“The Song of Nature”: 42nd Istanbul Music Festival to kick off on 31 May

The 42nd Istanbul Music Festival organised by the Istanbul Foundation for Culture and Arts (İKSV) under the sponsorship of Borusan Holding welcomes music lovers with an impressive programme this year. The Istanbul Music Festival will be held from 31 May to 27 June, centring on the theme "Song of Nature". The opening ceremony and concert will take place on 31 May at Zorlu Center Performing Arts Center: the Borusan Istanbul Philharmonic Orchestra conducted by Gürer Aykal will accompany the young cellist Dorukhan Doruk.

Referring to the festival theme, Yeşim Gürer Oymak explained that the "Song of Nature" would be heard not only in the thematic programmes but also in the events themselves that would take place in open-air, such as the Classical Sundays. Giving detailed information about the festival programme, she said: "The festival will host a total of 26 events this year, including symphonic, chamber music, vocal and solo concerts with programmes spanning all periods from baroque to contemporary. There will again be the preconcert events where the audiences will have the opportunity to meet the artists or get more insight into the concert programme. The festival moves out more to the open this year with the Classical Sundays, which are free concerts in parks and gardens."

Director Gürer Oymak said that the festival had been commissioning works to internationally renowned Turkish and foreign composers since 2011 with a view to enriching the classical music repertoire and that the festival was now widely acknowledged for it by other festivals and orchestras throughout the world. She then talked about this year's commissions, which were made to Alexander Raskatov and Fazıl Say.

The concerts will spread throughout the city and music lovers will be able to listen to some of the best examples of classical music at the Hagia Eirene Museum, Süreyya Opera House, Surp Vortvorts Vorodman Church, İş Sanat Concert Hall, Boğaziçi University Albert Long Hall, Zorlu Performing Arts Centre, as well as on the Burgaz Island and at free events that will take place in Maçka's Cumhuriyet Park, Sakıp Sabancı Museum's garden, Austrian Cultural Office's garden, and the Istanbul Toy Museum.

The Istanbul Music Festival continues to support young musicians through the specially designed projects within its scope. The project, "Festival in Search of its Young Soloist", which was launched with the 40th edition of the festival in order to encourage and promote young talents nationwide, will be held in the branch of piano this year. The young soloist who will be chosen by a jury in national auditions will make her/his festival debut with the Anadolu University Symphony Orchestra, in a concert which will also mark the orchestra's festival debut.

Another youth project worthy of note in this year's festival is the Teresa Carreño Youth Orchestra of Venezuela, which will present a precious opportunity to share and spread the passionate belief in the power of music. One of the most important products of the orchestral academic programme of the Fundación Musical Simón Bolívar - or as it is commonly known El Sistema, founded by José Antonio Abreu - this gigantic orchestra of 240 musicians will perform under the baton of its musical director Christian Vásquez who is yet another star risen from within the system.

The 42nd Istanbul Music Festival will host three concerts with the cooperation of the Polish Ministry of Culture and National Heritage to celebrate the 600th anniversary of the Polish-Turkish diplomatic relations in 2014. The world-renowned Sinfonia Varsovia will be a guest to the festival for three very special concerts, first of which will be the world premiere of the festival's commission to Raskatov, "Crying in the Wilderness". The orchestra's second concert will be with the prominent pianist Piotr Anderszewski and the third with the violinist Julian Rachlin. In the final night of the series, Krzysztof Penderecki will be conducting the orchestra in the Turkey premiere of his 2nd Symphony, along with his Chaconne.

The 42nd Istanbul Music Festival will begin with the opening ceremony and opening concert to be held on Saturday, 31 May at Zorlu Center Performing Arts Center. Borusan Istanbul Philharmonic Orchestra conducted by Gürer Aykal will accompany the young cellist Dorukhan Doruk who was highly awarded in international competitions. Borusan Istanbul Philharmonic, the Orchestra in Residence of the Istanbul Foundation for Culture and Arts since 2003, will perform the Opening Concert with the honorary conductor Gürer Aykal, with a programme referring to this year’s theme of the festival. Limited number of tickets will be on sale for the Opening Concert.

For more information and programme details visit the festival’s website. 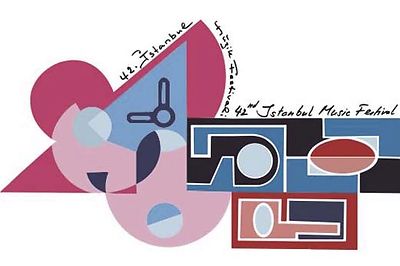