Urban Nomads//Mongol Citizens: the fruits of an Atelier encounter

The Festival Academy and the European Festivals Association (EFA) are delighted to see fruitful collaborations emerging from the Atelier for Young Festival Managers. Two Alumna of the Atelier – Corinna Bethge (Atelier IZMIR 2011) and Enkhzaya Jamsran (Atelier SINGAPORE 2011) met in 2011 in Ulaanbaatar; Enkhzaya was then working at the Arts Council of Mongolia (ACM). Today, three years later, ACM director Ariunaa Tserenpil collaborates in the festival project Urban Nomads//Mongol Citizens that Corinna first developed at the Atelier in Izmir in 2011. The upcoming Berlin edition of the festival is entitled “Crossing Identities - Beginners, Experts, Hybrids”.

Experience Mongolian art and culture. Inform yourself about the rapid social transition in the central-Asian nomad state. Mongolian, German and international artists grapple with the urban and the social reality in Ulan Bator and Berlin, with the Mongolian cultural heritage, and describe the identity of the modern metropolitan nomad. It's a dialogue between the traditional Mongolian culture protected by UNESCO – Khöömii, Urtyn Duu, Morin huur, Biyelgee – and contemporary experimental art forms.

The audience is led through a parcours in the neighborhood of Berlin’s Radialsystem V cultural center, performances and art installations, an exhibition with workshops open to the public, concerts with experimental music and singing, DJ-sets, dance, photography and screenings.

Mongolia has more to offer than what is commonly known: the conqueror Dschingis Khan, the overwhelming landscape of the highland plains or the immense mineral resources. Evenly impressive and inspiring, the festival covers the reality and everyday life of Mongolians today in Berlin and Ulan Bator, with all its contradictions and riches of different facets. Crossing Identities: explorations of trans-cultural identities in each and everyone of us – everyone is welcome to explore! 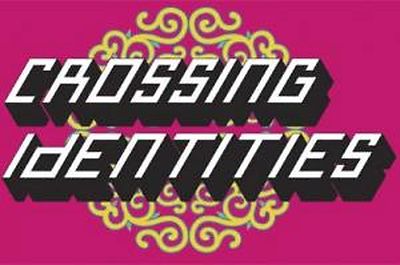